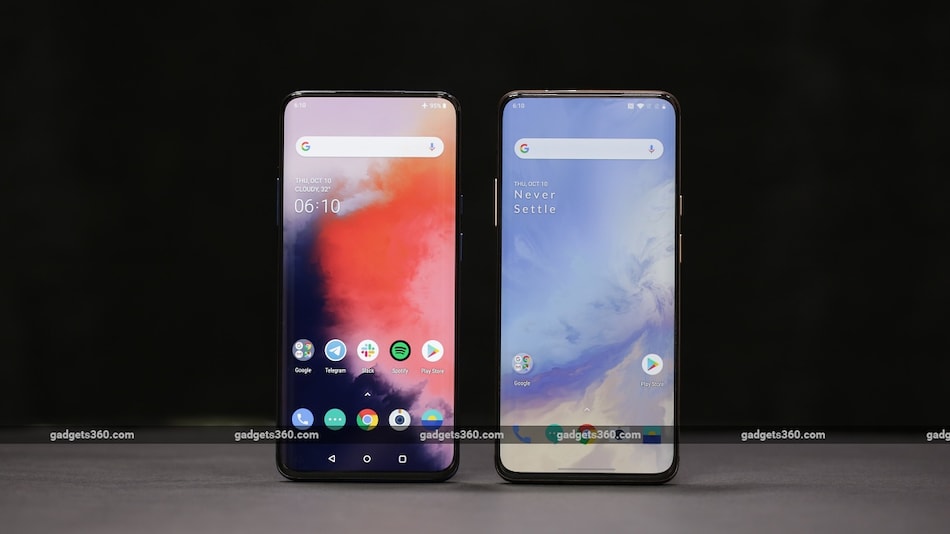 OnePlus 7, OnePlus 7 Pro, OnePlus 7T, and OnePlus 7T Pro are getting their Android 11-based OxygenOS 11.0.0.2 stable update. There has been no confirmation regarding the regions that will be receiving the update, however, OnePlus has said that the rollout isn't region-specific and is being randomly pushed out to users. The update comes bundled with the March 2021 Android security patch. OnePlus had earlier rolled out Android 11 updates for these phones, but they came with a few bugs that are expected to be fixed with this update.

The OnePlus community forum had a post on Friday that detailed the changelog for OnePlus 7, OnePlus 7 Pro, OnePlus 7T, and OnePlus 7T Pro update. These smartphones are receiving Android 11-based OxygenOS 11 update along with March 2021 Android security patch.

In the forum post about the latest OxygenOS 11.0.0.2 update, Abdul B., from OxygenOS Operations, said, "We are starting to push the 11.0.0.2 hotfix build that replaces the previous release. This incremental rollout fixes some unforeseen bugs found in the original Android 11 release and updates the security patch." To recall, all four phones were reported to be receiving their Android 11 update late last month. The Chinese giant announced that its smartphone series from 2019 will be getting system improvements, camera enhancements, ambient display features, enhanced dark mode, game space improvements, redesigned shelf, and new features to its gallery app. To read about the changelog in detail, head here. If you don't receive the update automatically, you can head to Settings > Systems > System Updates to check if your device has received the latest update.

OnePlus 7T was launched in September 2019 and OnePlus 7T Pro was launched in October 2019. Both smartphones are powered by Snapdragon 855+ SoC and feature 8GB of RAM and up to 256GB of onboard storage. While OnePlus 7T Pro has an identical display to OnePlus 7 Pro, OnePlus 7T features a 6.55-inch Fluid AMOLED display with a 90Hz refresh rate and a waterdrop-style notch.