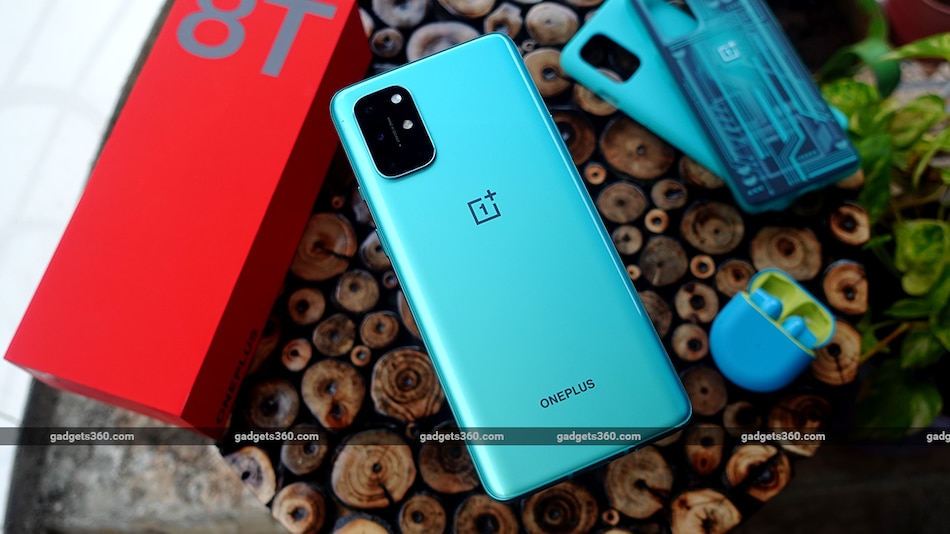 OnePlus 8T has started receiving an OxygenOS update that comes with fixes for some known issues and December 2021 Android security patch. It offers a fix for the WhatsApp crash problem reported by OnePlus 8T users earlier. As usual, OnePlus 8T users will receive the update in a phased manner. The Chinese tech brand has listed builds for EU, North America, and India variants of the phone. OnePlus 8T's latest update also optimises the UI display of Settings interface. Recently, OxygenOS 11.0.10.10 started rolling out for OnePlus 8 series phones.

The changelog mentions December 2021 Android security patch and minor improvements with the new update. It refers to optimisation of the UI display of Settings interface. As mentioned, OnePlus 8T units will get fixes for the WhatsApp crash issue with the latest update. The update includes fixes for Google Assistant and Gpay to allow the display of the apps in the Setup Wizard as well.

The size of the update is not mentioned in the post. However, users are recommended to update their OnePlus 8T handsets while the devices are connected to strong Wi-Fi and are charging.

The update will be carried out by OnePlus in a phased manner and is expected to reach all eligible OnePlus 8T smartphones automatically over the air. Keen users can manually check for the update by heading to Settings > System > System updates.

The OnePlus 8T was launched in October 2020 and came with Android 11 out-of-the-box. It features a 6.55-inch full-HD+ (1,080x2,400 pixels) Fluid AMOLED display with 120Hz refresh rate and 20:9 aspect ratio. It is powered by a Snapdragon 865 SoC paired with up to 12GB of RAM and up to 256GB of onboard storage. Other key highlights of OnePlus 8T include a quad rear camera unit with a 48-megapixel primary sensor, and 4,500mAh battery that supports Warp Charge 65 fast charging.