OnePlus Z is rumoured to launch in July this year. 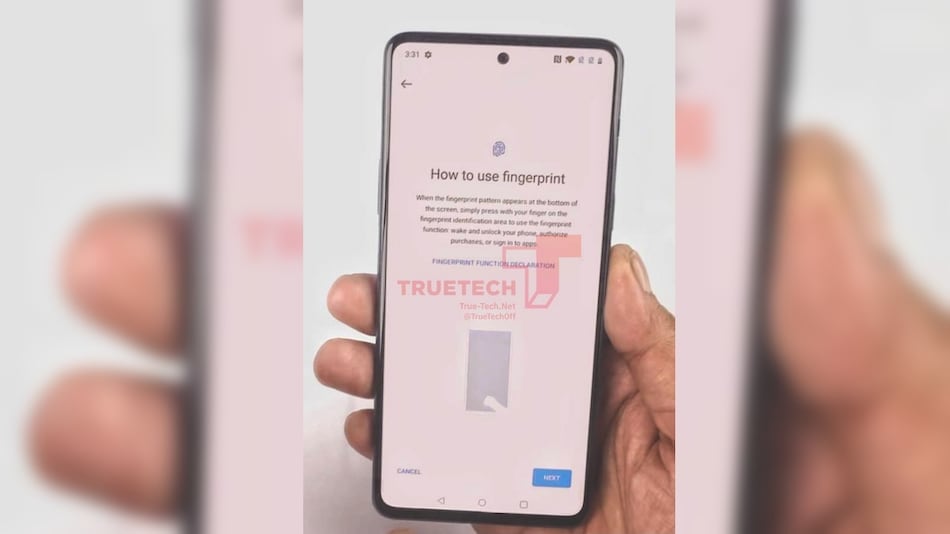 OnePlus Z's alleged live image has been leaked online, suggesting that the phone may come with a flat display, unlike OnePlus 8 series, which was launched with curved display recently. Before the launch of OnePlus 8 phones that took place on April 14, it was expected that a third phone named OnePlus 8 Lite will also be a part of the series. However, that did not happen and only the two phones were launched. Now, OnePlus Z is rumoured to be that OnePlus 8 Lite phone.

The alleged live image of OnePlus Z shared by TrueTech shows its front panel. It can be seen in the photo that the phone is going to feature a flat-display. Additionally, the photo shows that the phone will pack an in-display fingerprint sensor that further indicates the presence of OLED screen on the phone.

Additionally, the phone is seen to be sporting a hole-punch design with the camera cutout placed at the top-centre. OnePlus had last used the hole-punch display design with the OnePlus 8 and OnePlus 8 Pro phones. We can also spot the volume rocker on the left side and power button on the right side of the phone.

Other rumoured specifications of the phone are said to include NFC and dual-SIM support. The phone has also been tipped to come with a 6.4-inch display, triple rear cameras, and possibly a MediaTek processor. It could also pack a 4,000mAh battery with 30W fast charging support.

On Tuesday, tipster Max J posted a photo on Twitter hinting that the OnePlus Z may launch in July 2020. However, no other details of the expected phone were shared.