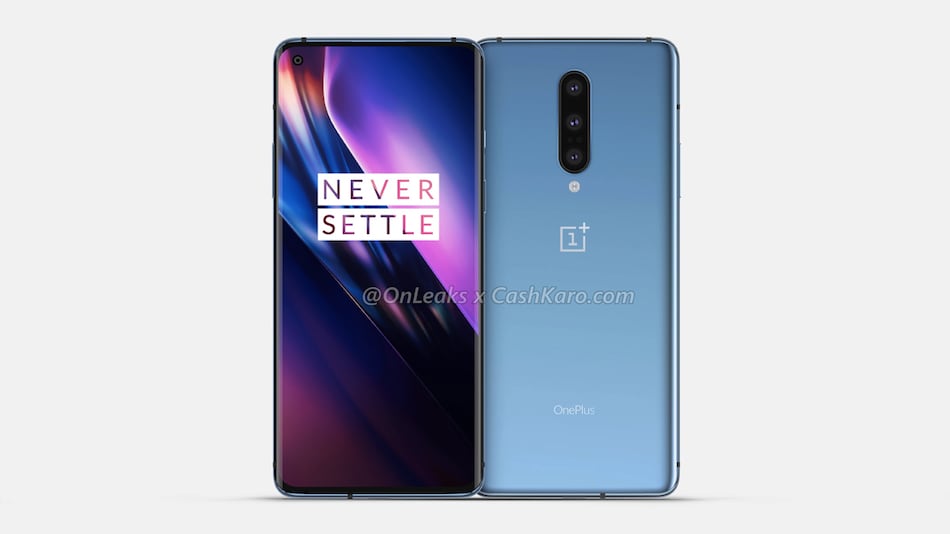 According to a report by 91Mobiles in collaboration with tipster Ishan Agarwal, OnePlus 8 and OnePlus 8 Pro will be launched on April 14. On the other hand, OnePlus 8 Lite is said to be coming in July.

91Mobiles further notes that OnePlus 8 Lite will carry a price tag GBP 400 (roughly Rs. 37,400). The publication also states that the smartphone will feature a MediaTek chipset, being a relatively affordable smartphone. It is also said to be coming with a 90Hz display, like the previous generation OnePlus phones and a new hole-punch display.

Previous leaks surrounding the lower-end device showed a triple rear camera setup and a centre-aligned hole-punch for the selfie shooter. The OnePlus 8 Lite may come with a 6.4-inch display, a USB Type-C port, and no headphone jack. The reports also suggested a 4,000mAh battery and support for 30W fast charging.

The OnePlus 8 Pro is expected to be powered by the Snapdragon 865 processor and pack a 120Hz display with a hole-punch design. The Pro variant is also expected to come with a minimum of 8GB RAM and can go up to 16GB. It might come with a 6.5-inch curved AMOLED display and a 4,500mAh battery that will support 50W fast charging. Additionally, it is said to include dual 5G support and 30W reverse wireless charging.

The OnePlus 8 will also carry a Snapdragon 865 chip and a 120Hz display. The phone will reportedly come with a triple rear camera setup with 48-megapixel primary shooter, a 16-megapixel secondary sensor, and a 2-megapixel sensor. There will be hole-punch design for the front camera in the OnePlus 8 as well. The 91Mobiles report also states that there will be three variants of the phone, 6GB + 128GB, 8GB + 128GB, and 12GB + 256GB with UFS 3.0 storage.