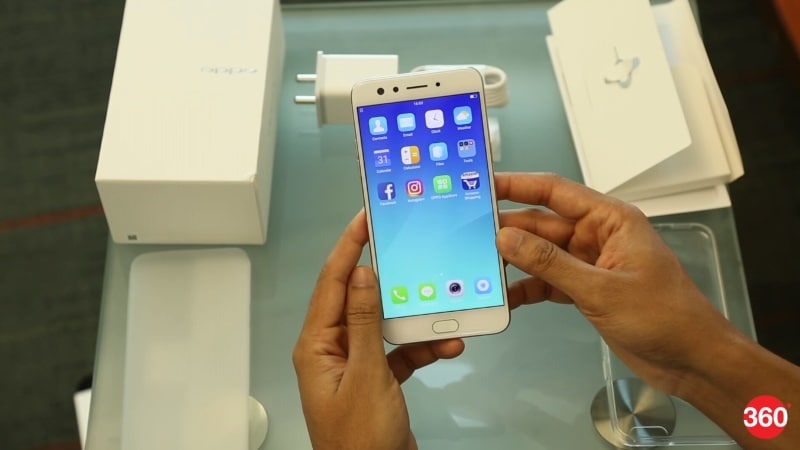 Oppo F3 was launched in India earlier this month and on Saturday, the smartphone has finally gone on sale in the country, the company revealed on Monday. While the sale for the smartphone started in 25 cities across India through offline stores from Saturday, the Oppo F3 will also be available online through websites including Flipkart, Amazon, and Snapdeal at Rs. 19,990.

To recall, the highlight feature on Oppo F3 is the dual selfie camera on the smartphone. As we mentioned earlier, in terms of design, Oppo F3 looks identical to the Oppo F3 Plus that was launched in March but comes with slight downgrade in terms of specifications. However, that move seems befitting the price tag that Oppo F3 comes with, especially in comparison with the Plus variant.

Coming directly to the optics on the smartphone, the dual-selfie camera setup on the Oppo F3 dual has one 16-megapixel 1.3-inch sensor with f/2.0 aperture, and double view wide-angle camera that has an 8-megapixel sensor. While the former sports a 76.4-degree wide-angle lens, the latter sports a 120-degree wide-angle lens that allows for 105-degree field-of-view group selfies. Users can choose which lens they want to use, and, the smartphone comes with a Smart Facial Recognition feature that Oppo says automatically suggests which lens is ideal. The Oppo F3 comes with various camera features, including the Beautify 4.0 app, Selfie Panorama, Screen Flash, and Palm Shutter.

The Oppo F3 also bears a fingerprint sensor on the home button, said to unlock the smartphone in as little as 0.2 seconds. The dual-SIM (Nano-SIM) Oppo F3 runs ColorOS 3.0 based on Android 6.0 Marshmallow. There's a new feature called Clone Apps that allows you to use two WhatsApp accounts on the smartphone. The Oppo F3 bears a 5.5-inch full-HD (1080x1920 pixels) In-Cell TFT 2.5D curved display with Corning Gorilla Glass 5 protection and 401ppi pixel density. It is powered by a 1.5GHz MediaTek MT6750T6 octa-core SoC coupled with with Mali-T860 GPU and 4GB of RAM.

The F3 sports 64GB of inbuilt storage that's expandable via a dedicated microSD card (up to 128GB). The smartphone bears a triple-slot tray, letting users utilise two SIM cards and one microSD card at the same time. On the rear, the Oppo F3 Plus sports a 13-megapixel 1.3-inch sensor with PDAF, and LED flash. The Oppo F3 packs a 3200mAh non-removable battery as well.