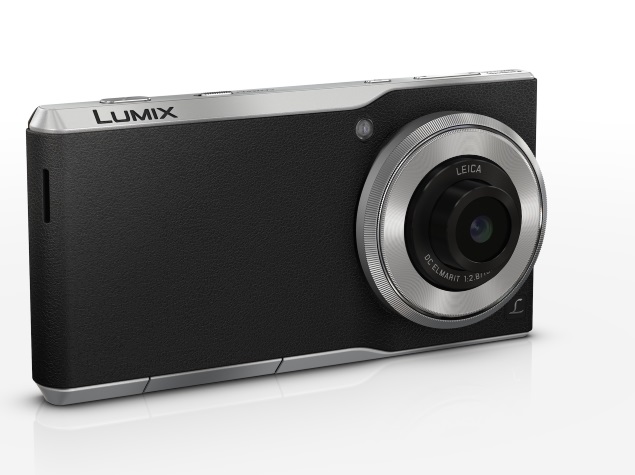 The Japanese giant has joined the league of Samsung (Galaxy S4 Zoom and Galaxy K zoom) with the launch of its first Android-powered camera-phone, the Lumix DMC-CM1. The company will be showcasing the device at Photokina show next week in Germany. It will be made available in France and Germany by Christmas, priced at EUR 899 (roughly Rs. 71,000).

The new Panasonic Lumix DMC-CM1 sports a 20-megapixel sensor with an f/2.8 Leica DC Elmarit lens. It comes with a mechanical shutter and a manual control ring. Notably, the 20-megapixel sensor is of the 1-inch MOS-type, the highlight of the device, and which is also akin to the sensor size of the Sony RX10. The camera-phone further is backed by a Venus engine, usually seen on the company's Lumix cameras.

Further, the Lumix DMC-CM1 camera-phone runs Android 4.4 KitKat out-of-the-box. It is powered by a 2.3GHz quad-core Qualcomm Snapdragon 801 processor alongside 2GB of RAM. It features a 4.7-inch full-HD (1080x1920 pixels) display. For connectivity, the Panasonic Lumix DMC-CM1 supports 4G LTE networks. It comes with 16GB of inbuilt storage, which is expandable up to 128GB (via microSD card).

The first camera-phone with Android from Panasonic is backed by a 2600mAh battery.

Panasonic's newly launched Lumix DMC-CM1 camera-phone will be up against the likes of Samsung's second camera-specialised smartphone, the Galaxy K zoom (the first being the Galaxy S4 Zoom).

Panasonic has been lately pushing its smartphone portfolio in India and launched five smartphones in the span of two months.