Google Pixel 4a will debut in India in October and will be exclusive to Flipkart. 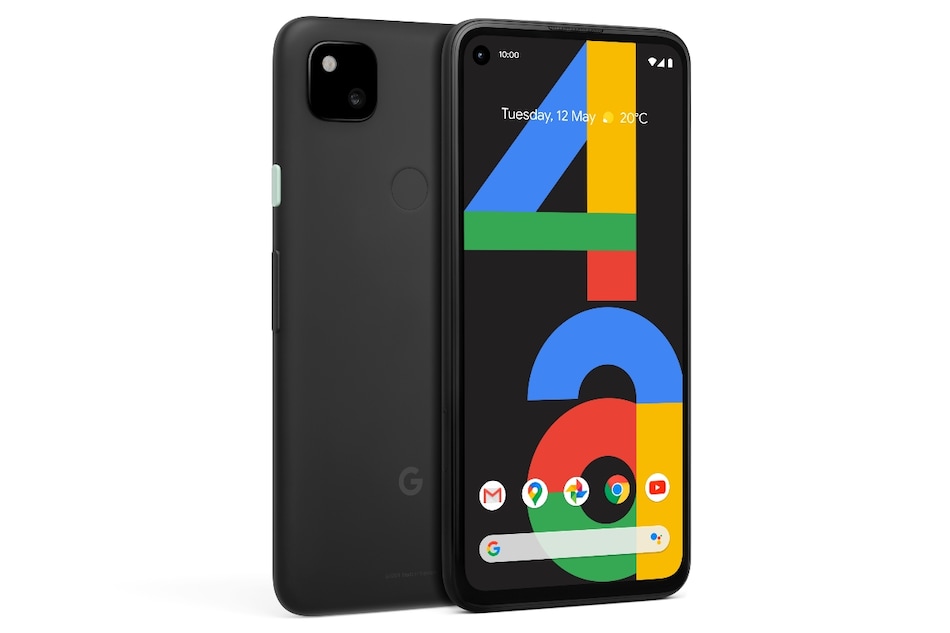 Google Pixel 4a has been launched officially — months after being a part of the rumour mill. The new Pixel phone, which is the successor to the Pixel 3a, comes with a fresh display that flaunts a hole-punch design. The Pixel 4a is also a watered-down variant of the Pixel 4 that Google brought last year. It, thus, offers an identical camera experience. The smartphone has a single camera at both the front and back sides. Other features of the Pixel 4a including Titan M security module and the presence of a 3.5mm headphone jack, as well as a rear fingerprint sensor.

Google Pixel 4a price has been set at $349 (roughly Rs. 26,300) for the lone 6GB + 128GB model. The phone is initially available for pre-order in the US via the Google Store and on Google Fi. It will be available to customers starting August 20 through the Google Store, BestBuy.com, Amazon and other stores in the country. Its India availability is set through Flipkart for October. Moreover, it comes in a single, Jet Black colour option. Google Pixel 4a price in India will be announced closer to local availability.

On why there is no Pixel 4a XL in the lineup, Nanda Ramachandran, Senior Director, Google Mobile Business, during a media briefing told reporters that the company felt there's no need for a secondary display size.

Having said that, Google has a Pixel 4a (5G) variant with a larger display that will be available at $499 (roughly Rs. 37,600). There's also a Pixel 5 5G in the lineup specifically to provide 5G connectivity in a size similar to that of the Pixel 4a. However, both other Pixel phones will be limited to 5G markets and won't debut in India and Singapore. The Pixel 4a (5G) and Pixel 5 will be available in the US, Canada, the United Kingdom, Ireland, France, Germany, Japan, Taiwan, and Australia.

The Google Pixel 4a runs on Android 10 and comes with a list of features that debuted on the Pixel 4 in October last year. The phone has preloaded new Google Assistant that lets you quickly send text messages and allows faster controlling of apps. You'll also get the Recorder app with real-time transcription support in English. Further, the Pixel 4a comes with Live Caption support.

On the specifications front, the Google Pixel 4a features a 5.81-inch full-HD+ (1,080x2,340 pixels) OLED display with 19.5:9 aspect ratio and 443ppi of pixel density. The Always-on display also has HDR support. The phone is powered by an octa-core Qualcomm Snapdragon 730G SoC, paired with 6GB LPDDR4x RAM.

In terms of optics, the Pixel 4a has a 12-megapixel camera sensor at the back, along with an f/1.7 lens and an LED flash module. The rear camera supports HDR+ with dual exposure controls, Portrait Mode, Top Shot, Night Sight with astrophotography capabilities, and fused video stabilisation. There is also optical image stabilisation (OIS) to reduce the impact of usual jerks. For selfies, the phone has an 8-megapixel camera sensor at the front, with an f/2.0 lens.

The Google Pixel 4a has 128GB of onboard storage that isn't expandable via microSD card. Connectivity options on the smartphone include 4G VoLTE, Wi-Fi 802.11ac, Bluetooth v5.0, GPS/ A-GPS, NFC, USB Type-C, and a 3.5mm headphone jack. Sensors on the phone include an accelerometer, ambient light sensor, barometer, gyroscope, magnetometer, and a proximity sensor. There is also a fingerprint sensor at the back. However, the new model doesn't feature the Soli chip that was included on the Pixel 4 to enable motion sensing and gesture controls.

Google has provided a 3,140mAh battery on the Pixel 4a that supports 18W fast charging. It comes bundled with a USB Type-C adapter that works with USB PD 2.0 (Power Delivery). There are also stereo speakers and two microphones, along with noise suppression support. Besides, the phone measures 144x69.4x8.2mm and weighs 143 grams.