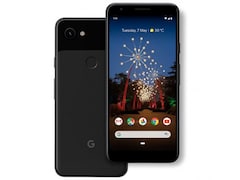 Google Pixel 3a XL in Pictures

When Google discontinued its Nexus smartphone lineup, it left a void in the market that has been hard to fill. People didn't really have an affordable option running powerful hardware and stock Android software. Multiple smartphone manufacturers have tried to make something like a Nexus smartphone, but have fallen short. Google tried to offer a substitute with the relaunched Android One programme, which helped participating manufacturers offer a stock Android experience on their devices, but it still hasn't been the same.

The Pixel 3a XL sports a 6-inch OLED display with full-HD+ resolution and an 18:9 aspect ratio. Thankfully, it does not have a huge notch which the Pixel 3 XL was criticised for. The display has three colour profiles which help change the output of the display. It has good viewing angles and punchy contrast. The Pixel 3a XL gets stereo speakers as well but these aren't front firing like the Pixel 3 XL. The stereo speakers produce a good output but sound tinny at full volume.

Compared to the Pixel 3a, the Pixel 3a XL is bigger in size and might not be very comfortable for everyone to use. Im terms of connectivity, it has a single Nano-SIM slot but offers dual-SIM functionality via an E-SIM. You can take full advantage of the E-SIM if your carrier supports this functionality. It also gets a 3.5mm headphone jack which has been missing on Pixel devices since the Pixel 2.

Google has opted for a mid-range Qualcomm Snapdragon 670 SoC which is an octa-core chip. The Pixel 3a XL comes in one variant only, offering 4GB of RAM and 64GB of storage which isn't expandable. However, Google does offer unlimited photo storage at compressed resolution.

Being a Pixel smartphone, it runs stock Android Pie with some of Google's customisation on top. Pixel devices are known to get timely software and security updates. With the Pixel 3a XL Google promises 3 years of guaranteed software support. The smartphone offers a good user experience and we did not notice any lag or stutter during our usage.

The primary camera is a 12.2-megapixel Sony IMX363 sensor just like the Pixel 3. At the front, it has a single 8-megapixel selfie shooter. It gets most of the camera features of the Pixel 3 like Night Sight, Super Res Zoom and Playground. The camera performance is very good and the Pixel 3a XL manages to deliver crisp shots in most lighting conditions.

For the launch price of Rs. 44,999 the Pixel 3a XL feels expensive for what it offers. Some of the competitors offer more powerful hardware for lower prices. But if you want the best camera performance under Rs. 50,000, the Pixel 3a XL delivers on that front.

Google Pixel 4a
OR