Realme 9i Design Tipped via Hands-on Video Ahead of Launch

Realme 9i has been tipped to launch on January 10 in Vietnam. 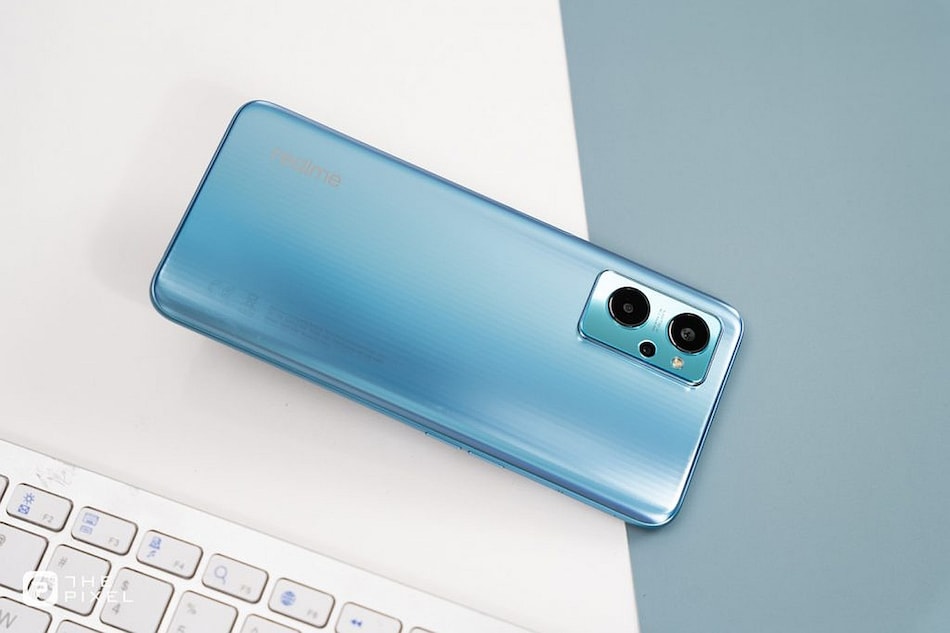 Realme 9i has been tipped to launch later this month and now a hands-on video has surfaced online, which shows the design of the smartphone. The hands-on video shows that the upcoming Realme smartphone will sport a triple rear camera setup housed in a rectangular module. Realme 9i is said to get a flat display with thin bezels on three sides and a hole-punch cutout for the selfie camera. Realme 9i's hands-on video also shows a 3.5mm headphone jack at the bottom.

The hands-on video of Realme 9i was posted on YouTube by The Pixel (in Vietnamese). The video shows the upcoming Realme smartphone in a Blue colour option. The back of the smartphone is said to be constructed out of plastic with carbon ridges that is said to not attract fingerprints and helps grips the device better. The back also houses a rectangular camera module with two sensors placed vertically and the third, smaller sensor placed on the right edge of the module.

At the front, the smartphone is shown with a flat display — likely a 6.59-inch full-HD+ (2,400x1,080 pixels) LCD panel — with thin bezels on three sides and a relatively thicker chin. Realme 9i is shown with a hole-punch cutout placed on the top left corner of the screen. As for the sides, the left gets the volume buttons and the SIM tray, while the right houses only the power button which doubles up as a fingerprint scanner.

Realme 9i is said to sport a 6.59-inch LCD display with a hole-punch cutout
Photo Credit: ThePixel.vn

The bottom of Realme 9i is shown with a 3.5mm headphone jack, a USB Type-C port, and a speaker grille. The top part of the smartphone doesn't have any ports. The overall design of the smartphone is very similar to Realme GT Neo 2 which was launched in India recently.