Realme GT Neo 3T to Get Up to Rs. 7,000 Discount, Teased to Be Most Affordable Smartphone With 80W Charging, Snapdragon 870

Realme GT Neo 3T will be launched in India on September 16. 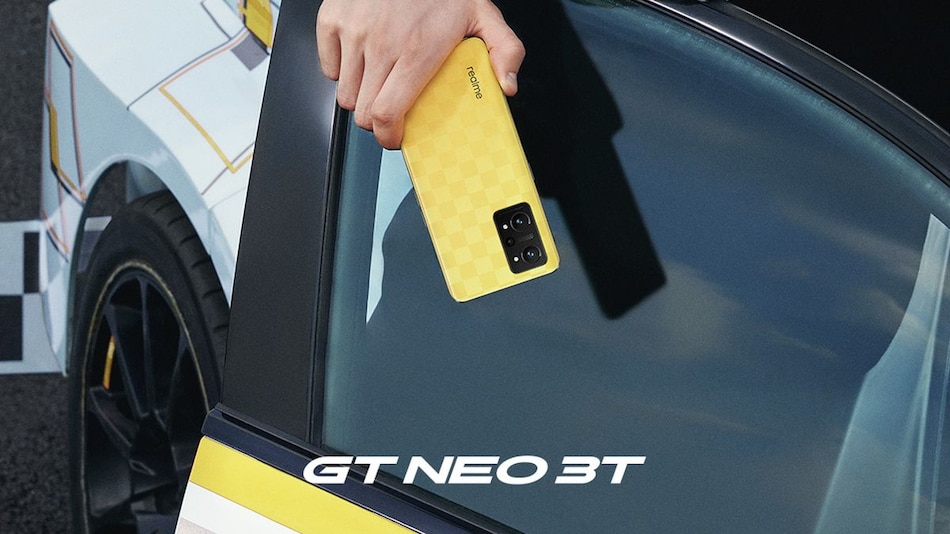 Realme GT Neo 3T will launch in India on September 16 and ahead of its debut in the country, the Chinese smartphone maker has announced that it will offer up to Rs. 7,000 discount during its sale. The discount is said to essentially make it the most affordable smartphone that comes with support of 80W charging speed and packs a Snapdragon 870 SoC. The details of the discount and offers are not known yet. The handset was launched globally in June this year.

The Realme GT Neo 3T runs Android 12 with Realme UI 3.0 on top and sports a 6.62-inch E4 AMOLED display with a 120Hz refresh rate. It is powered by the Qualcomm Snapdragon 870 SoC and paired with 8GB of RAM. The Realme smartphone features a triple rear camera setup with a 64-megapixel primary camera, an 8-megapixel ultra wide camera, and a 2-megapixel macro camera. At the front, the smartphone gets a 16-megapixel selfie camera.

The smartphone also features Bluetooth version 5.2, dual-band Wi-Fi, VC cooling, and up to 5GB virtual RAM. The Realme GT Neo 3T packs a 5,000mAh battery with 80W SuperDart Charging technology that is claimed to offer up to 50 percent of the battery in 12 minutes. The phone features a checkered flag/ racing design at the back in the Dash Yellow and Drifting White colour variants. There is a third Shade Black colour variant that may come with matte finish.