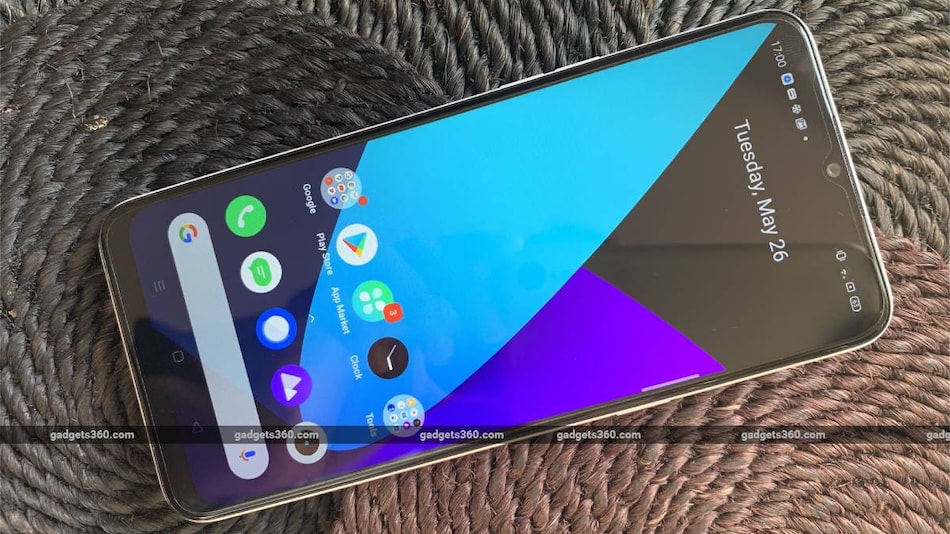 Realme C3 and Realme Narzo 10A prices have increased in India. The new prices are reflecting on the company website, and this is the first price hike for the Realme Narzo 10A since launch. All phones saw a price rise in April as the government imposed a hike in GST rate for smartphones. The Realme C3 saw its first price increase in April and later saw a second price hike last month. Now, Realme C3 is getting its third price hike in the country since its launch in February.

Realme Narzo 10A now retails at Rs. 8,999 for the base 3GB RAM variant, up Rs. 500 from its launch price of Rs. 8,499. The phone was launched last month in the lone configuration of 3GB + 32GB, but a new 4GB + 64GB configuration was introduced just a few days ago. This variant was launched at Rs. 9,999, and there is no price hike for this model. The new 3GB model price revision is reflecting on Flipkart and Realme.com. The Realme Narzo 10A is available in So Blue and So White colour options. The next sale for the phone will be held on June 26 at 12pm (noon) IST.

Coming to the Realme C3, the phone now retails at 8,999 for the 3GB + 32GB model and at Rs. 9,999 for the 4GB + 64GB model - an increase of Rs. 1,000 since the last revision. The phone was launched in February starting at Rs. 6,999. An increase of Rs. 500 was introduced during the GST rate revision in April and a second hike of Rs. 500 was again introduced last month. With this third increase, the Realme C3 price has effectively been raised by Rs. 2,000 in total since launch. The new prices are reflecting on Flipkart and Realme.com. The Realme C3 is available in Blazing Red and Frozen Blue colour options.

The Realme Narzo 10A runs on Android 10 and features a 6.5-inch HD+ (720x1,600 pixels) display with a 20:9 aspect ratio and Corning Gorilla Glass 3 protection. The phone is powered by octa-core MediaTek Helio G70 SoC with up to 4GB of RAM. The Realme Narzo 10A has 32GB of onboard storage that is expandable via a dedicated microSD card slot.

The Realme Narzo 10A is backed by a 5,000mAh battery that supports reverse charging. Connectivity options include 4G LTE, Wi-Fi, Bluetooth v5.0, GPS/ A-GPS, and a Micro-USB port for charging.

The Realme C3 runs on Android 10 and features a 6.5-inch HD+ (720x1,600 pixels) waterdrop notch display. The phone is powered by the MediaTek Helio G70 SoC, paired with up to 4GB of RAM. It offers up to 64GB of onboard storage with the option to expand further using a dedicated microSD card (up to 256GB) slot.

There is a dual camera setup on the Realme C3 that houses a 12-megapixel main shooter with f/1.8 aperture and 1.25μm ultra-large single-pixel area, and a 2-megapixel secondary camera with f/2.4 aperture. Up front, there is a 5-megapixel AI front camera.

What to Watch: Google Search Makes It Easier to Find New TV Shows, Movies in India