Redmi Note 9 Series to Get a New Phone on April 30, Could Be Redmi Note 9 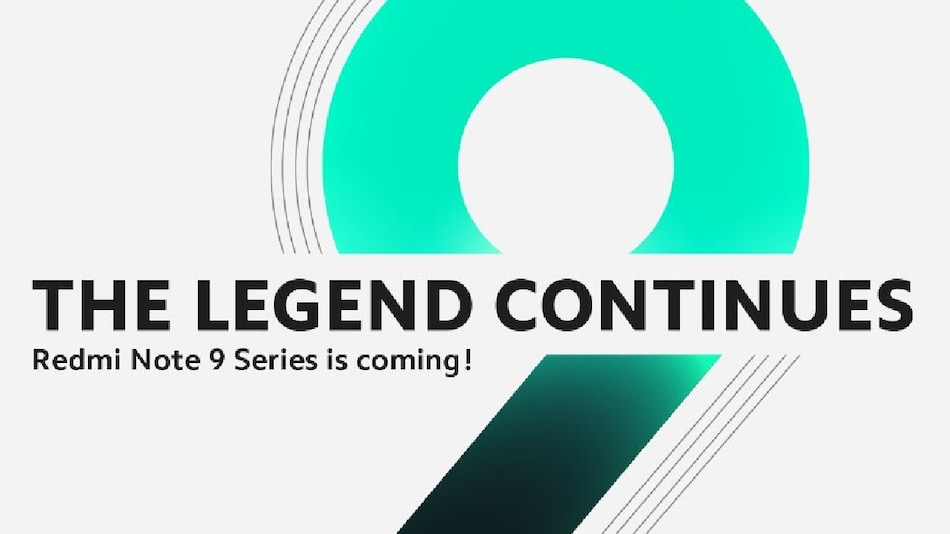 As per a teaser image posted on Twitter, Xiaomi is hosting the launch of its new Redmi Note 9-series phone at 8pm GMT+8 (5:30pm IST) on April 30. The launch will be an online event and will be streamed live on Twitter and YouTube.

The official teaser doesn't provide any details about the phone, though it shows the numeric “9” in the background to hint at the Redmi Note 9 debut.

Redmi 10X in China?
Although Xiaomi hasn't revealed any details about the Redmi Note 9, some recent reports suggested that it could arrive in China as the Redmi 10X and is the same mysterious model that was spotted on TENAA's database with model number M2003J15SC last week. The TENAA listing suggested that the new Redmi phone will come with a quad rear camera setup and hole-punch display design.

In addition to the purported listing on the TENAA site, the Redmi 10X was found on the China Telecom portal in three distinct colour options, namely Sky Blue, Pine Morning Green, and Ice Fog White.

The China Telecom listing suggested that the Redmi 10X price in China will be CNY 1,499 (roughly Rs. 16,200). This is likely to be in line with the global pricing of the Redmi Note 9.

Aside from suggesting the price, the China Telecom site also hinted at the key specifications of the Redmi 10X that is believed to debut as the China variant of the Redmi Note 9. The site showed that the phone will have 6.53-inch full-HD+ (1080x2340 pixels) display and will be powered by MediaTek Helio G85 SoC, paired with 6GB of RAM. It is also likely to run Android 10 with MIUI 11 on top. Furthermore, the phone would include a 48-megapixel primary camera and pack a 5,020mAh battery.

Did CES 2020 Drive Coronavirus Outbreak in the US and Beyond?
BSNL Extends ‘Work@Home’ Broadband Plan Until May 19 to Offer Free Internet Access