Samsung has reportedly denied facing issues with the production and performance of its new Exynos chip. 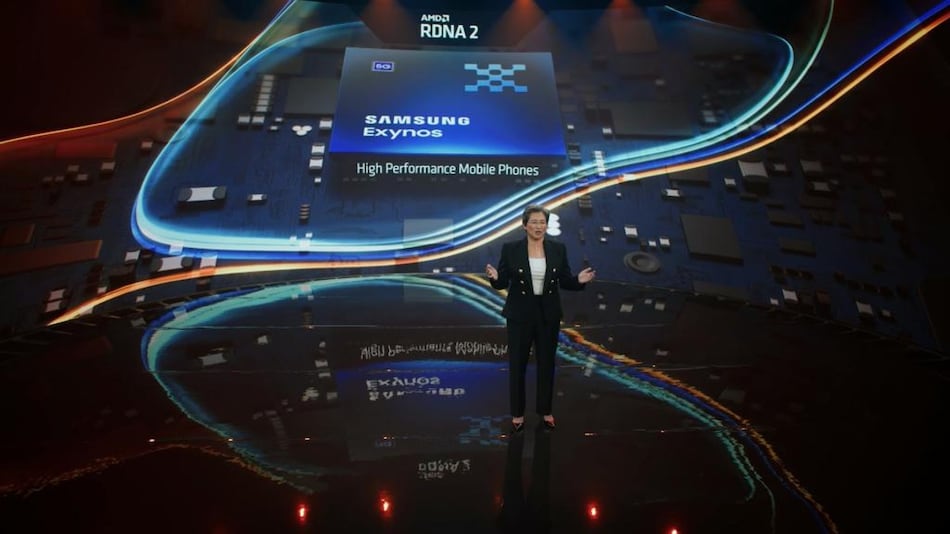 Samsung has reportedly confirmed that it is launching Exynos 2200 alongside the Galaxy S22 series at the end of this month, or in February. The flagship chip was previously teased to debut earlier this month. Samsung is expected to deliver an upgraded user experience and improved performance over last year's Exynos 2100 through the new system-on-chip (SoC). It is confirmed to have a GPU developed by AMD to take on Qualcomm's Snapdragon 8 Gen 1. So far, the Galaxy phone maker used Mali GPUs in its Exynos chips that offer inferior graphics over the Adreno GPUs available on Qualcomm SoCs.

Citing a Samsung official, South Korean news outlet Business Korea reported that the company is planning to launch the Exynos 2200 SoC at the time of unveiling its new flagship smartphone. The official reportedly refuted claims that the company is facing issues with the production and performance of the Exynos chip.

Late last month, Samsung teased the launch of its new Exynos chip on January 11 through teasers posted on social media. The company, however, silently pulled the teasers — indicating the delay in announcement.

Normally, Samsung brings its new Exynos chips ahead of its flagship phones to tease their performance beforehand.

Samsung last year confirmed that it is working with AMD to develop a next-generation mobile GPU in its next flagship Exynos SoC. It will be based on AMD's RDA 2 graphics architecture.

The official quoted by Business Korea reportedly said that the new GPU was expected to resolve the problems of the Exynos 2100 chip. The existing SoC resulted in issues including heat generation for some users.

“We intend to sharpen our competitiveness by loading GPUs for games into mobile devices,” the official said, as quoted by the publication.

Samsung is expected to use the Exynos 2200 SoC on the Galaxy S22 series for Europe and South Korea. However, the phones designed for markets including India, China, and the US would come with the Snapdragon 8 Gen 1 chip.

The rumour mill has suggested that the Exynos 2200 would be based on Samsung's 4nm LPE process technology.

Gadgets 360 has reached out to Samsung for clarity on the announcement of the new Exynos chip. This article will be updated when the company responds.

According to a recent report, Samsung may host its next Galaxy Unpacked event on February 8 where it will unveil the Galaxy S22 series. The new phones in the lineup may include the vanilla Galaxy S22 alongside the Galaxy S22+ and Galaxy S22 Ultra.