Samsung's Galaxy S22 and S22+ might not have as much to brag about as the S22 Ultra, but remain the iPhone equivalents of the Android realm. 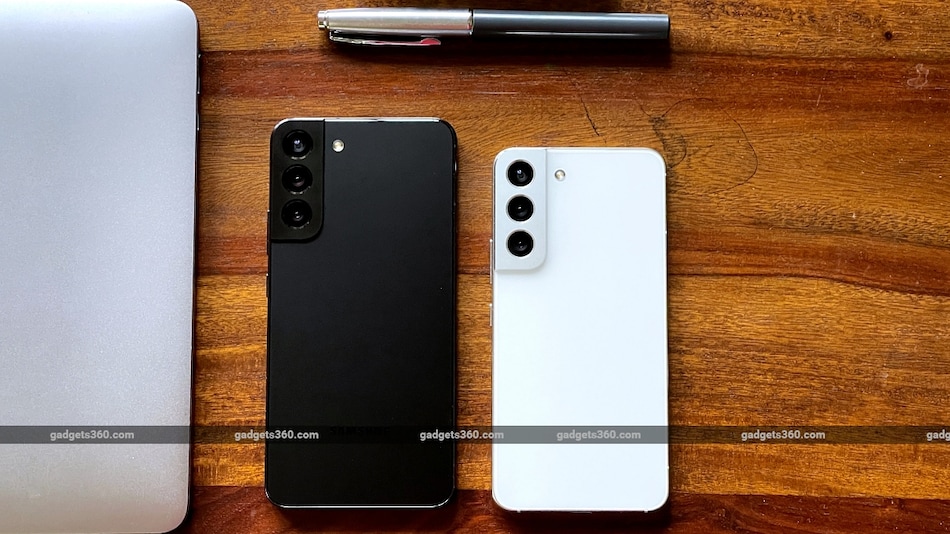 Samsung's Galaxy S series phones have so far been easy recommendations for anyone looking to buy a flagship Android smartphone. However, of late, we've seen many Chinese smartphone brands trying their hand in the premium smartphone segment in India, especially to try to fill the void left by Huawei's exit. Suddenly, Samsung has to deal with a lot more serious competition in the premium realm, besides Apple. OnePlus jumped into this space with its past couple of flagship launches, along with Xiaomi and Vivo. All these brands offer highly competitive products that match and in some ways, even exceed the features and specifications offered by Samsung's Galaxy S counterparts, and we expect this momentum to continue in 2022. This year, we have even seen the relatively new up-and-comer iQoo take a stab at this segment.

While Samsung's Galaxy S22 Ultra is in a league of its own and doesn't have any true direct competitors, where does that leave the Galaxy S22 and Galaxy S22+? I guess the big question is, does it still make sense to choose either of the more conventional Galaxy S22 models when competitors offer equivalent or even better features at lower prices? Read on to find out.

I received the Samsung Galaxy S22 in Phantom White and the Galaxy S22+ in Phantom Black. Both these phones have identical design elements and only differ in size. You get a larger display and battery with the Galaxy S22+, along with the same fast charging speed as the Galaxy S22 Ultra. The Galaxy S22 now has a glass back panel (Gorilla Glass Victus+), compared to the plastic rear panel of the Galaxy S21 (Review). The displays of both these new models have a scratch protection treatment.

The Samsung Galaxy S22 (left) and Galaxy S22+ (right) have a flatter and more chiselled look than their predecessors
Photo Credit: Sheldon Pinto

The new Galaxy S22 series siblings have moved past the rounded aesthetic of the S21 series for a more chiselled look with flatter sides and flattened glass screens on the front and rear. Both smartphones have polished aluminium frames. The matte finish of the glass back panel made the larger Galaxy S22+ quite slippery for one-handed use in my experience, but both phones did a good job at resisting fingerprints.

The Samsung Galaxy S22 has a 6.1-inch full-HD+ Super AMOLED display. The Galaxy S22+ gets the bigger 6.6-inch Super AMOLED display but retains the same full-HD+ resolution as on the smaller model. Both displays feature a 120Hz refresh rate. The hole-punch displays have very narrow bezels and their screens are good at resisting fingerprints. The rear camera modules protrude by a few millimetres on both phones, making them wobble if you try to use them on a flat surface. Both devices are IP68 rated for dust and water resistance.

The Samsung Galaxy S22 is small enough to be comfortable for one-handed use. In fact, it's as compact as Google's budget Pixel 4a (Review) but manages to squeeze in a larger display due to its narrow bezels. Compared to the Galaxy S22+, I did find it difficult to type quickly on the Galaxy S22's display with two hands, although leisurely one-handed typing was not a problem.

The Samsung Galaxy S22 and Galaxy S22+ (along with the Galaxy S22 Ultra) are the first S series smartphones with Qualcomm SoCs in India, instead of Samsung's Exynos hardware. Wireless connectivity includes Wi-Fi 6, Bluetooth 5.2, and NFC, plus there's a USB Type-C port on each phone. Both have a dual-SIM tray, and support dual-5G standby on several 5G bands. Battery capacity has shrunk a bit on both phones, compared to their respective predecessors. The Galaxy S22 has a smaller 3,700mAh battery while the Galaxy S22+ sports a 4,500mAh battery.

The Samsung Galaxy S22 and Galaxy S22+ run One UI 4.1 which is based on Android 12
Photo Credit: Sheldon Pinto

Samsung's latest flagships run One UI 4.1 based on Android 12. Sweetening the deal is Samsung's claim to provide four years of Android OS upgrades. One UI 4.1 is indeed one of the better implemented Android 12 skins I have used recently. The theming engine works well. Upon changing the wallpaper, the system will prompt you to apply a matching colour palette to the icons, keyboard and widgets. Everything works like it's supposed to and is not buggy compared to similar implementations on other smartphones with Android 12. An odd omission in One UI is the ‘Conversations' widget, which I have previously used to pin important chats from various apps to the home screen. Microsoft's Office, OneDrive, LinkedIn, and Outlook are the only preinstalled third-party apps. There are also plenty of Samsung apps such as Samsung Pay, Galaxy Health etc. Thankfully, I could uninstall most of the unwanted ones.

Both smartphones feature excellent displays which fared well even in direct sunlight. Display colours were a bit oversaturated at the default ‘Vivid' setting, but I was able to tweak things to my liking. The displays also support HDR10 and HDR10+ playback. This worked as expected across apps and services, showcasing deep blacks and vibrant colours.

Gaming was not a problem on either smartphone. However, I noticed that the Samsung Galaxy S22 often got warmer than the Galaxy S22+ while playing games such as Call of Duty: Mobile, at ‘Very High' graphics and ‘Max' frame rate settings. The touch sampling rate on both displays was spot on, and I faced no problems when playing competitive first-person shooters. I also noticed some heating with both smartphones when using their cameras. The frame and the back panel around the rear cameras got quite hot when outdoors, be it day or night. Thankfully, the camera apps never shut down and I didn't get any heat-related warnings either.

Battery life was quite good on both smartphones. The Samsung Galaxy S22's 3,700mAh battery got me through a full day which usually included about an hour of gaming, video streaming and some camera usage. I had about 20-30 percent left before I plugged it in at the end of the day, which was quite impressive for a small smartphone. The Galaxy S22+ performed as expected, lasting about a day and a half with its 4,500mAh battery.

The Samsung Galaxy S22 and Galaxy S22+ have identical cameras on the front and rear
Photo Credit: Sheldon Pinto

I used my own 61W USB PD adapter to charge both the phones. The Galaxy S22 managed a full charge in 1 hour, 33 minutes while the Galaxy S22+ was fully charged in 1 hour and 42 minutes. Indeed, both smartphones charge quite slowly compared to the competition, most of which come with their own proprietary fast charging adapters. Both smartphones can also charge wirelessly at up to 15W and also support Wireless PowerShare, or the ability to reverse wirelessly charge other Qi-compatible phones and devices.

Photos taken with the primary cameras in daylight looked sharp and showcased good dynamic range, but I noticed some barrel distortion towards the edges of images, which was a bit odd for primary cameras. The colour and saturation in these images were spot-on. Photos shot with the ultra-wide-angle cameras came out well but lacked the level of detail present in photos taken with the primary camera. The telephoto camera captured some crisp photos and was useful when shooting close-ups of human subjects as well as objects. Selfies came out sharp, with good depth and dynamic range when shot using auto mode. Portrait mode using the selfie cameras showcased good edge detection and dynamic range.

Photos taken in low light (using the auto mode) showed good detail in the textures of subjects but not in the shadows, and fell short of dynamic range. Noise was under control, but still noticeable in some images. Switching to Night mode helped bring out more detail in photos, boosted dynamic range, and suppressed noise as well.

Despite mounting Android competition in the premium smartphone space in India, I think the Samsung Galaxy S22 is still worth your attention as it's currently one of the best compact flagships in the market. With the Galaxy S22+, things aren't so clear-cut, and it's harder to justify its higher price for just the slightly larger battery and display. The Galaxy S22+ could still appeal to an existing Samsung user who's looking to upgrade from an older plus-sized model, such as a Galaxy S10+ for instance.

If you're looking for something that offers more bang for your buck, the Vivo X70 Pro+ (Review) is a solid alternative to the Galaxy S22+. It offers a good set of cameras with a higher zoom capability and a QHD+ display at around Rs. 79,990. It lacks the latest Qualcomm silicon but it's a very powerful smartphone nonetheless.

Then there is iQoo's 2022 flagship, the iQoo 9 Pro (Review), which apart from the lack of an official IP rating checks all the boxes for a premium flagship at a tempting price of Rs. 64,990, making it a solid alternative to either of these Galaxy S22 models. If you're not in a hurry, then it would make sense to wait a little longer to see how the OnePlus 10 Pro turns out, as it should be launching here very soon.