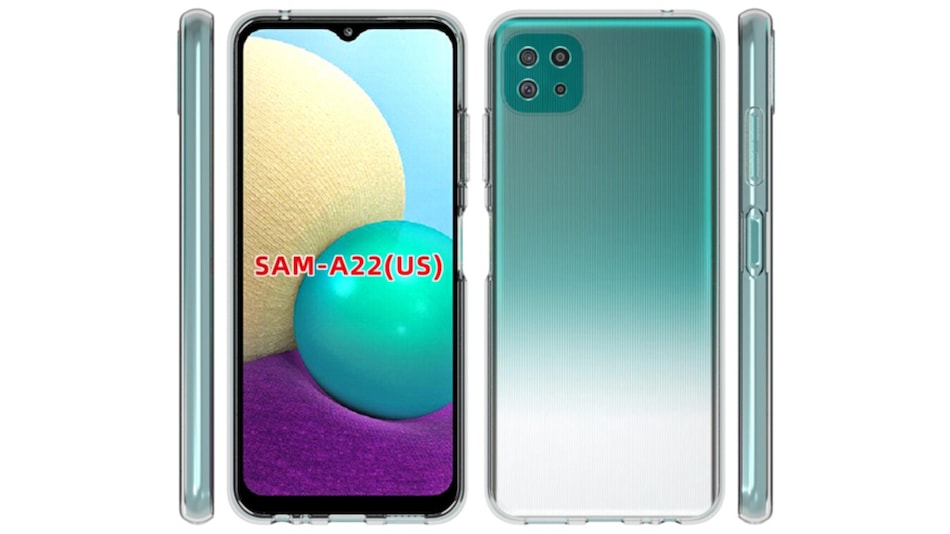 Samsung Galaxy A22 5G would come with 15W charging support, an alleged certification on the TUV Rheinland website has suggested. The Samsung phone has been in the news for the last few months through tips and leaks. It is speculated to have both 4G and 5G variants. The South Korean company is also tipped to launch the Galaxy F22 based on the Galaxy A22 5G. A couple of weeks back, the Samsung Galaxy A22 5G also allegedly appeared on benchmark website Geekbench that suggested its specifications.

Tipster Sudhanshu Ambhore has tweeted a screenshot purportedly from the TUV Rheinland certification site. The screenshot shows the details about a Samsung phone that has a model number SM-A226B. This is so far speculated to debut as the Samsung Galaxy A22 5G.

The screenshot shows that the phone supports up to 9V, 1.67A input. This translates to 15W charging speed.

Gadgets 360 could not independently verify the listing on the TUV Rheinland website.

The Samsung Galaxy A22 5G is speculated to launch in the second half of 2021 with a price tag of KRW 2,00,000 (roughly Rs. 13,100). It is also rumoured to have four distinct colour options, including Light Green and White shades.

Apart from suggesting the charging speed, the screenshot shared by the tipster doesn't provide any further information about the Samsung Galaxy A22 5G. However, a Geekbench listing recently indicated that the smartphone could come with a MediaTek Dimensity 700 SoC and include at least 6GB of RAM. It also appears to have Android 11 out-of-the-box.

Some recent renders of the Samsung Galaxy A22 suggested that it could feature a waterdrop-style display notch and a 3.5mm headphone jack. The handset is also rumoured to have a 6.5-inch display and measure 167.2x76.4x8.7mm.

Other specifications of the Samsung Galaxy A22 may include a 48-megapixel primary rear camera, along with an 8-megapixel secondary sensor and two 2-megapixel sensors. The phone could also come with a 13-megapixel selfie camera sensor at the front.