Samsung Galaxy A32 is expected to come with 5G support and a flat back panel. 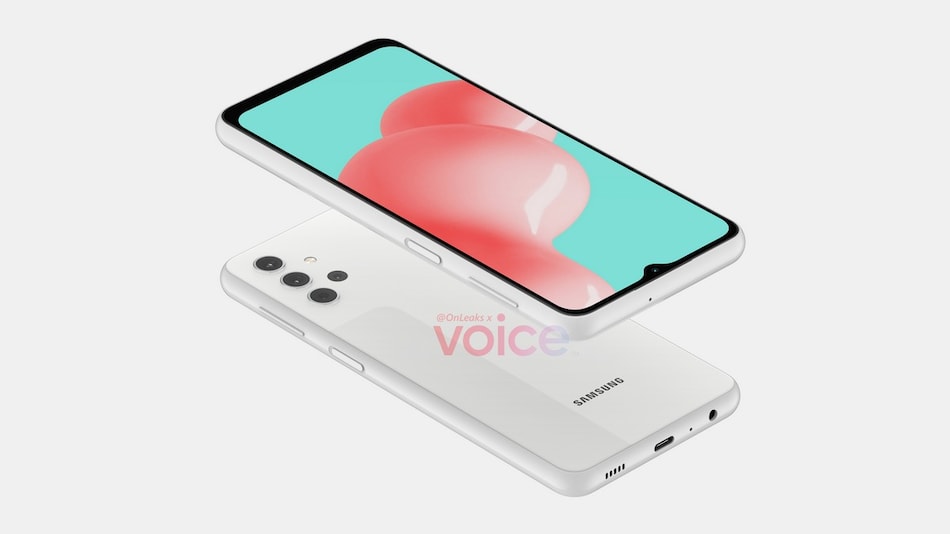 Samsung Galaxy A32 renders have surfaced online, showing a 6.5-inch display and a quad rear camera setup. The phone has been in the news for quite some time now and recent case renders showed a triple rear camera design. Samsung Galaxy A32 appears to have a plastic body with a flat back and a flat display. As of now, Samsung has not shared any information on the Galaxy A32 but it is expected to come with 5G support.

As per the alleged renders posted by Steve Hemmerstoffer aka OnLeaks on Voice, the rumoured Galaxy A32 may come with a 6.5-inch display that has a notch for the selfie camera. The plastic back panel can be seen with a quad rear camera setup. The camera sensors appear to be sticking out directly from the back panel without any camera module. Three sensors are aligned vertically, and a fourth sensor is located next to them, below the flash.

The renders show relatively thick bezels around the display of the Galaxy A32 and the phone is expected to measure 164.2x76.1x9.1mm. Hemmerstoffer states that the fingerprint scanner is integrated into the power button and the phone has a 3.5mm headphone jack, as well as a USB Type-C port. The renders show a white back panel that may or may not end up being the final colour variant for the phone.

Last week, alleged case renders of Samsung Galaxy A32 showed a triple rear camera design with dual flash next to the vertically aligned sensors. It looks like one of the flash modules was a fourth camera sensor. Back in July, the rumoured Galaxy A32 was tipped to come with a 48-megapixel primary camera and have 5G support.

As of now, Samsung has not shared any information on the Galaxy A32, but in January this year, the company had reportedly filed trademark applications for names of nine smartphones in the Galaxy A series, with Samsung Galaxy A32 being one of them.