Samsung Galaxy A82 5G is expected to be powered by a Qualcomm Snapdragon 855+ SoC and come with a triple rear camera setup. 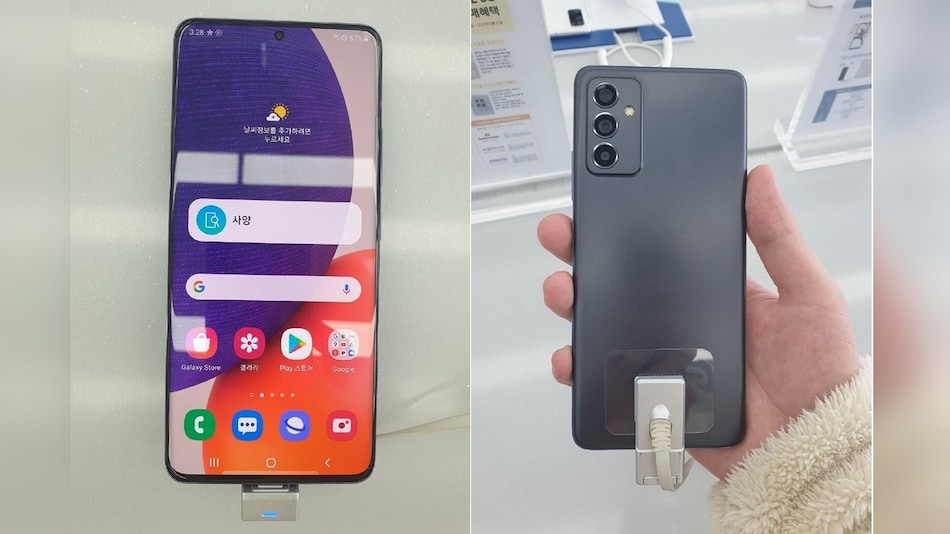 Samsung Galaxy A82 5G could come with a 6.7-inch display

Samsung Galaxy A82 5G has been leaked in the form of a promo video that doesn't share any specifications in particular, but suggests that the phone may launch soon. It is believed to be the global variant of the Samsung Galaxy Quantum 2 that launched in South Korea last month. Recently, the Galaxy A82 moniker was confirmed through the company's official website for security updates. The leaked promo video mentions the name as well. Samsung, though, has not shared any information about the Galaxy A82 5G.

The South Korean tech giant launched the Galaxy Quantum 2 last month in its home country with impressive specifications and a focus and security and privacy. For quite some time now, it is believed that this phone will see a global launch as Samsung Galaxy A82 5G. Now, the promo video shared by tipster Max Weinbach on Twitter suggests that a launch may be on the cards. The video does not reveal any specifications of the phone, except hinting at a big battery.

The Galaxy A82 moniker was recently confirmed by Samsung itself through a mention on its security update website. The listing suggested that the phone will receive quarterly security updates.

If Samsung Galaxy A82 5G turns out to be the global variant Galaxy Quantum 2, the phone would come with a 6.7-inch display and a Qualcomm Snapdragon 855+ SoC. There may be a triple rear camera setup that includes a 64-megapixel primary sensor, a 12-megapixel sensor with an ultra-wide lens, and a 5-megpaixel depth sensor. On the front, the phone would carry a 10-megapixel camera sensor for selfies and video calls.

For connectivity, the Galaxy A82 5G would come with Wi-Fi 6, 5G, Bluetooth, NFC, Samsung Pay, and a USB Type-C port. It may be backed by a 4,000mAh battery that supports 25W fast charging. And it could also have 6GB of RAM and 128GB of storage.