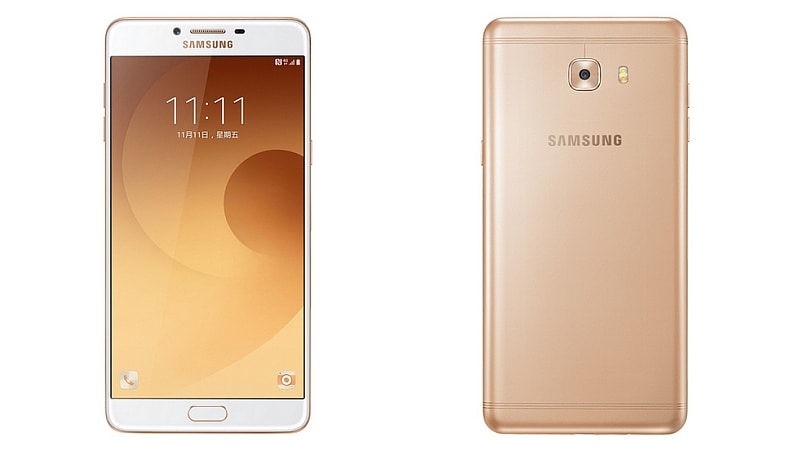 Samsung India on Tuesday announced the launch of the Galaxy C9 Pro in Bhubaneswar. Customers can pre-book the device through select stores and online platforms from January 27. The device will be available across all retail channels in the latter half of February 2017 at a price of Rs. 36,900.

The Samsung Galaxy C9 Pro will be available in two colours, Black and Gold. The South Korean manufacturing giant is offering one-time screen replacement for a period of 12 months on pre-booking.

The Galaxy C9 Pro is the company's first smartphone with 6GB of RAM. It was launched in China back in October.

"India is one of the fastest growing smartphone markets. Consumer trends indicate that more users prefer larger screen smartphones. With the introduction of the Galaxy C9 Pro, we continue our commitment to offer our customers the very best of features and technology," said Aditya Babbar, Deputy General Manager, Mobile Business, Samsung India.

For photography, the Galaxy C9 Pro packs a 16-megapixel camera on both front and rear. The rear 16-megapixel camera comes with an aperture of f/1.9 and a dual-LED flash. The selfie camera too has the same aperture sans the flash module. The smartphone packs inbuilt storage of 64GB that is expandable via a microSD card (up to 256GB).

Microsoft Surface Phone May Be a Foldable Smartphone, Tips Patent