Samsung Galaxy XCover 5 has improved touch sensitivity for use with gloves. 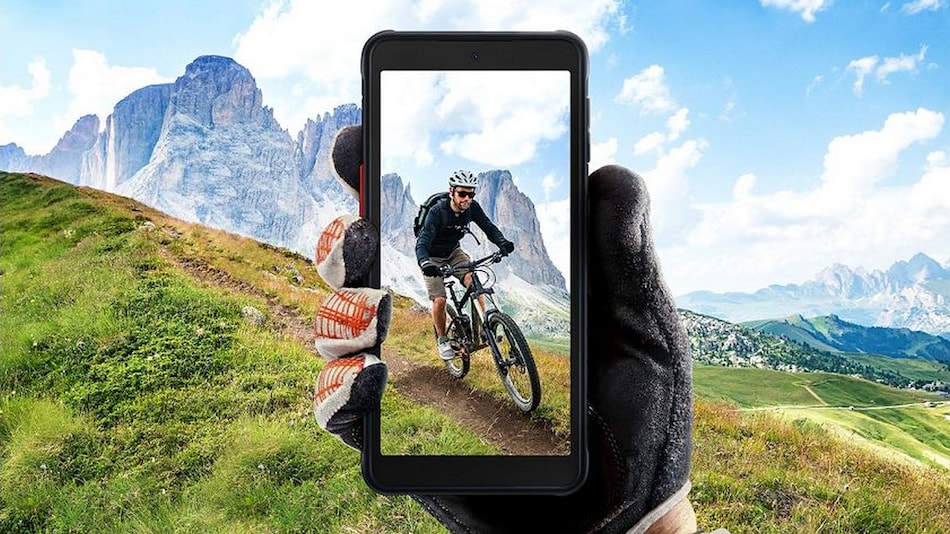 Samsung Galaxy XCover 5 has a single camera on the back

The Galaxy XCover 5 from Samsung is priced at GBP 329 (roughly Rs. 33,300) and will go on sale in the European market from March 12. It comes in a single black colour option and as of now, the company has not shared details on international availability.

Samsung Galaxy XCover 5 runs Android 11 and features a 5.3-inch HD+ TFT display with thick bezels all around. It is powered by the octa-core Exynos 850 SoC and comes with 4GB of RAM along with 64GB of storage. There is a 16-megapixel single camera on the back with an f/1.8 lens. At the front, the Galaxy XCover 5 comes with a 5-megapixel sensor with an f/2.2 lens. The selfie camera is housed in the top bezel.

For connectivity, you get a USB Type-C port with Pogo pin connectors for fast charging and NFC. Sensors onboard include accelerometer, proximity sensor, geomagnetic sensor, ambient light sensor, and gyro sensor. It also has inbuilt face recognition. It has a 3,000mAh battery that is replaceable. There is a hot key called the XCover Key that can be programmed to perform a variety of tasks. Samsung Galaxy XCover 5 comes with IP68 water and dust resistance and is MIL-STD810H certified.

Samsung says the Galaxy XCover 5 can withstand up to 1.5-metre drop and submersion in fresh water up to 1.5 metres for up to 30 minutes. The rugged phone measures 147.1x71.6x9.2mm.