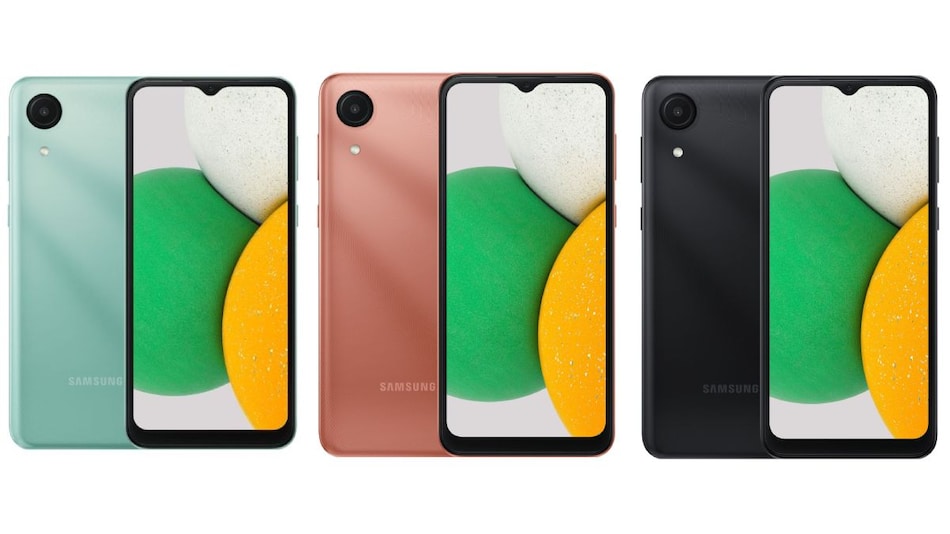 The Galaxy A04e is expected to feature an Infinity-V display

Samsung Galaxy M04 and Galaxy A04e have reportedly been spotted on the Bluetooth Special Interest Group (SIG) certification website. These smartphones are believed to support Bluetooth v5.0 connectivity. Not much is known about these Samsung handsets in terms of specifications. Notably, the Galaxy M04 is supposedly listed along with the Galaxy A04e models. As the handsets are listed together it could mean that the Galaxy A04e may simply be a rebranded version of the Galaxy M04. Furthermore, both of these rumoured smartphones have previously surfaced on benchmarking website Geekbench, boasting similar specifications.

According to a MySmartPrice report, the Samsung Galaxy A04e (also referred to as the Galaxy A04 Core) with model numbers SM-A042F, SM042F_DS, SM-A042M, and SM-A042M_DS has been listed on the Bluetooth SIG certification site. In addition, the Galaxy M04 bearing the model number SM-M045F_DS is also reportedly mentioned in the same listing. These Samsung handsets are both listed to feature Bluetooth v5.0 connectivity.

As both of these handsets are included in the same listing, it is speculated that the Galaxy A04e is a rebranded version of the Galaxy M04. The former was reportedly spotted on the Geekbench database earlier this year in August. The alleged Geekbench listing indicates that it might pack a MediaTek Helio G35 SoC. This Samsung] smartphone is said to get 3GB of RAM and run on Android 12 out-of-the-box.

Interestingly, the Galaxy M04 with the model number SM-M045F surfaced even earlier on Geekbench, with the same MediaTek chipset, 3GB of RAM, and running on Android 12.

As per a recent report, the Galaxy A04e and Galaxy M04 have also received Bureau of Indian Standards (BIS) certification. Their versions arriving in India are said to have the model numbers SM-A042F_DS and SM-M045F_DS, respectively.

Samsung is yet to announce plans to launch the upcoming Galaxy A04e and Galaxy M04. However, these listings hint at the imminent launch of both handsets. Marketing images of the Galaxy A04e also leaked earlier this year, which showcase it to sport an Infinity-V display. It is likely to come in Black, Green, and Copper colour options.