Apple is also tipped to be working on an updated version of the HomePod, according to Bloomberg's Mark Gurman. 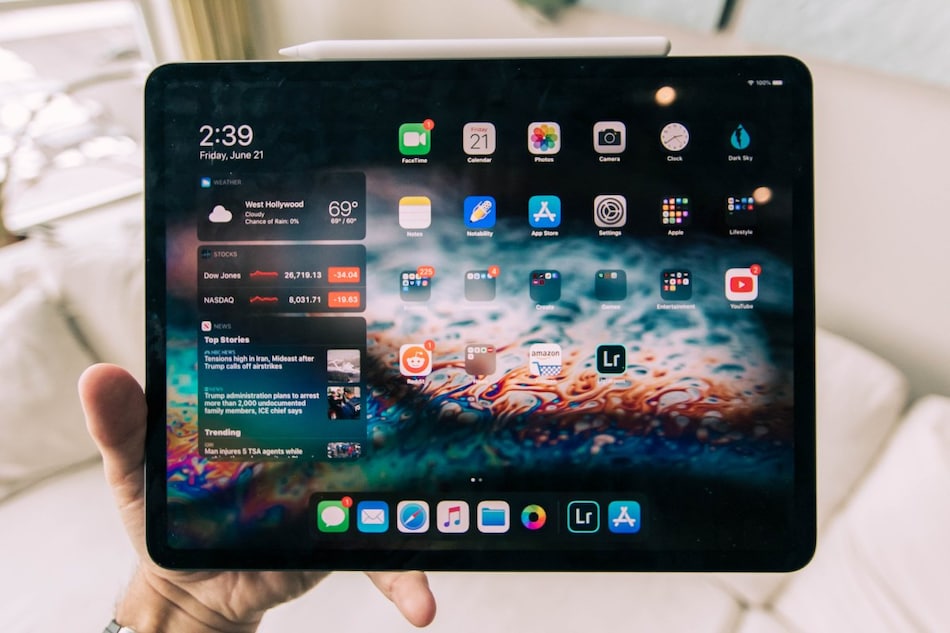 Apple is working on a dock for the iPad that would allow the device to function as a smart display and speaker according to Bloomberg's Mark Gurman. The company reportedly plans to introduce the capability as soon as next year, converting the iPad into a device that resembles a smart display, that you can set atop a counter or nightstand. Meanwhile, Apple will launch a new iPad Pro model powered by the new M2 chip that is also found on the company's latest MacBook Air models that made their debut earlier this year.

In his weekly Power On newsletter, Gurman says that Apple has worked on an iPad docking accessory that can be sold separately. Bloomberg previously reported that the company was working on a standalone feature to combine the tablet with a speaker hub. Amazon already does something similar with its Fire tablets, as the company lets users place the devices into a charging dock to prop them up like a smart display.

Meanwhile, Google recently announced a docking accessory for its upcoming Pixel Tablet, which is supposed to serve as both a magnetic charging station and speaker. Once the tablet is in place, it willl function like a smart speaker with a display, with support for the Google Assistant.

The company is also working on other devices in the smart home space, including an updated version of the HomePod that Gurman says could have an updated display, an S8 chip, and multitouch functionality.

Last year, Gurman reported that Apple is also planning a combined Apple TV and smart speaker device equipped with a camera, which he believes is still in the works.

Meanwhile, Apple is poised to launch the iPad Pro before the end of this month, which is rumoured to come with 11-inch and 12.9-inch display options codenamed codenamed J617 and J620. The tablet will be powered by Apple's in-house M2 chip that debuted on the new MacBook Air models, according to Gurman.