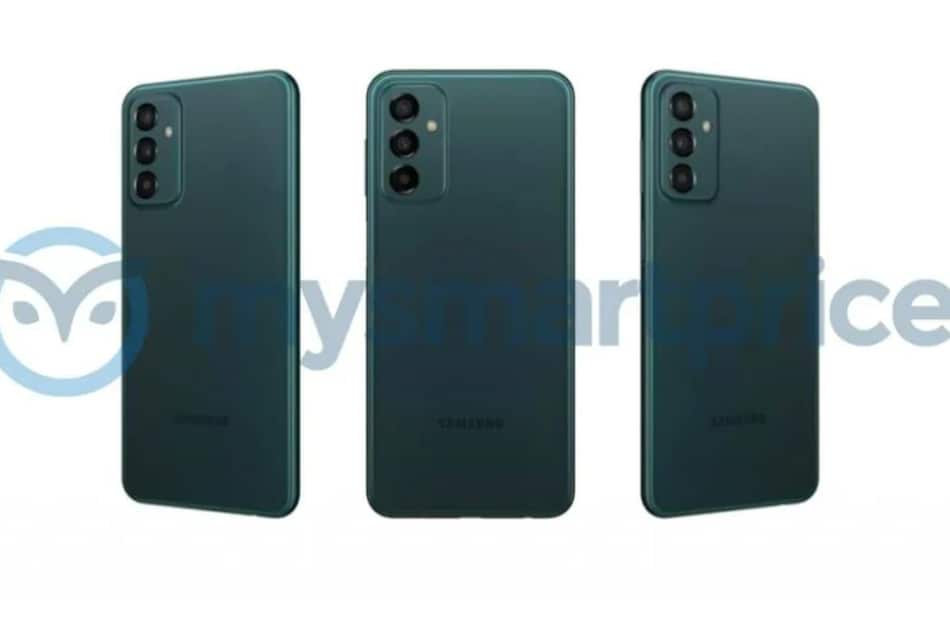 Samsung Galaxy M23 5G price, specifications, and design have been tipped in a new leak. It is said to be a mid-range smartphone. The leak suggests that the Galaxy M23 5G will be powered by a Qualcomm Snapdragon 750G SoC and run Android 12 out-of-the-box. The leaked renders show the phone's triple camera setup in a pill-shaped module, which is different from the square-shaped camera unit of its predecessor, the Galaxy M22. The launch of the Samsung Galaxy M23 5G may be around the corner as a support page for the smartphone has already appeared on the company's India website.

A report by MySmartPrice citing industry sources has leaked renders of the Samsung Galaxy M23 5G, apart from its expected price and specifications. The handset is seen carrying a triple camera setup in contrast to the Samsung Galaxy M22's quad camera setup. Renders suggest a waterdrop-style notch display, which Samsung is expected to call Infinity-U. A SIM tray can be seen on the left side of the frame and the volume and power buttons on the right side. The power button is said to double up as a side-mounted fingerprint scanner. As per the report, the phone will come in three colour options.

The phone is said to be powered by a Qualcomm Snapdragon 750G SoC and have at least 4GB of RAM and 128GB of internal storage. It is tipped to ship with Android 12 out of the box with One UI 4.1 on top and sport a 6.6-inch full-HD+ display with a 120Hz refresh rate. According to the report, the Samsung Galaxy M23 5G will also offer storage expansion of up to 1TB via a microSD card slot. It is said to weigh about 198 grams and measure 165.5 x 77.0 x 8.4mm. Connectivity options are tipped to include dual-SIM, Bluetooth 5.0, GPS, NFC, Wi-Fi, a 3.5mm headphone jack, USB Type-C port, and single speaker.