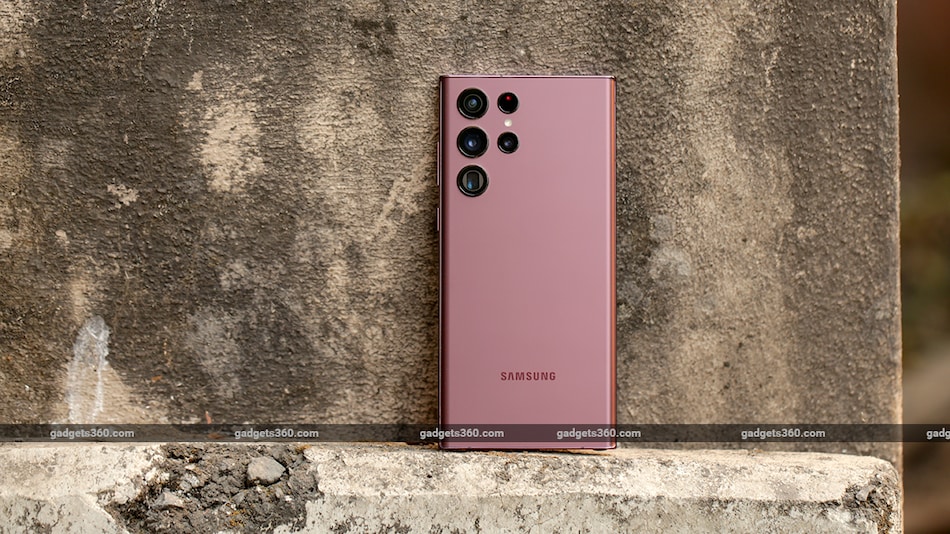 Samsung Galaxy S23 Ultra has been part of several leaks and rumours for the past few months. The upcoming flagship phone is said to feature a rear camera module with a look and feel similar to that of its predecessor, the Galaxy S22 Ultra. The latter has a quad-camera setup on the back, with individual camera lenses protruding out of the body. The Galaxy S23 Ultra could be powered by a Snapdragon 8 Gen 2 SoC. It is expected to feature the unannounced 200-megapixel ISOCELL HP2 camera sensor and could pack a 5,000mAh battery.

The Samsung Galaxy S22 Ultra (review) has a different quad rear camera setup compared to the Galaxy S22 and the Galaxy S21 Ultra. The rear camera panel has a minimalist look with individual camera lenses standing out of the body with sensors circled by rings. Another ring houses the laser autofocus sensor.

The quad-camera setup of the Galaxy S22 Ultra consists of a 108-megapixel primary camera, a 12-megapixel ultra-wide-angle camera with a 120-degree field of view, and two 10-megapixel sensors.

Recent leaks have indicated that the Galaxy S23 Ultra will be powered by a Snapdragon 8 Gen 2 SoC. It is said to include 5,000mAh battery. Samsung is expected to pack the unannounced 200-megapixel ISOCELL HP2 camera sensor on the upcoming device.

The Galaxy S22 Ultra features a 6.8-inch AMOLED display with quad-HD+ resolution and a 120Hz peak refresh rate. It packs a Snapdragon 8 Gen 1 SoC and offers up to 12GB of RAM. The handset offers up to 512GB of onboard storage, a 40-megapixel selfie camera sensor, and a 5,000mAh battery with support for 45W wired and 15W wireless charging.