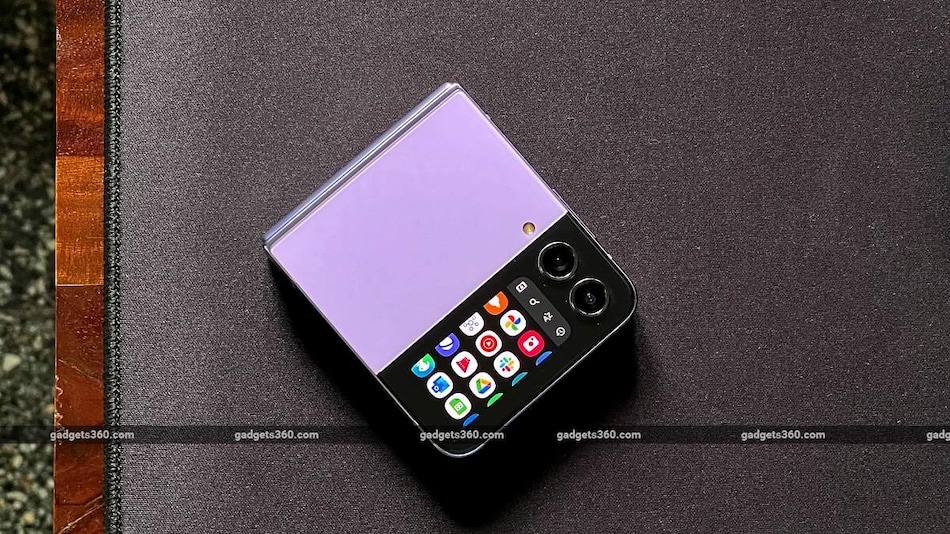 Samsung has upgraded the core hardware on its latest Galaxy Z Flip 4. While its design has not received an overhaul, it has been refined to work better than the previous model. What has not changed at all, is the size of the cover display. As per our initial impressions, Samsung has improved a few things in terms of functionality, but it still has a long way to go till it's as useful as the Moto Razr's outer display, as it mainly functions like the display of a smartwatch. Now, a developer has come up with an interesting solution that adds more functionality to the 1.9-inch cover display by bringing a launcher and an app drawer.

CoverScreen OS, as reported by XDA Developers, is developed by jagan2, and aims to make the Samsung Galaxy Z Flip 4's cover display more useful. The app requires a ton of permissions, but worked just fine on our Z Flip 4 review unit with a few bugs, which is fine given its beta state.

CoverScreen OS basically brings a proper launcher to the cover display. It gets you more options with customisable toggles, the ability to add regular widgets instead of the default ones from Samsung, and an app drawer. The launcher can also launch apps, play movies, and run games in the cover screen itself, without the need to open the main display.

The feature that most Galaxy Z Flip 4 owners would get this app for is indeed the CoverScreen OS notifications, which appear a lot more detailed (similar to the regular notifications one can see in the notifications tray) compared to the truncated notifications that Samsung displays on the cover display along with its limited reply options. There's also plenty more features like edge-lighting for the cover display. The app also brings support for a full-sized keyboard like on the [Motorola Razr 2022].

While the app gets you basic functionality for free, there are several features locked behind a paywall. The app is currently offered as a subscription model with a monthly payment costing Rs. 160, and yearly Rs. 1,200. Lifetime subscription of CoverScreen OS for the Galaxy Z Flip 4 can be purchased for Rs 2,400. The developer even promises support for future Flip models, with plans starting from Rs. 4,000 onwards.

The Samsung Galaxy Z Flip 4 was announced globally on 10 August, with the phone going on pre-booking in India from 16 August. The Galaxy Z Flip 4 is priced from Rs. 89,999 for the base variant and is also available in the customisable Bespoke Edition at Rs. 97,999. The phone has an upgraded Qualcomm Snapdragon 8+ Gen 1 SoC and is available with 8GB of RAM and up to 256GB of internal storage. The smartphone offers two 12-megapixel rear cameras and a 10-megapixel selfie camera.