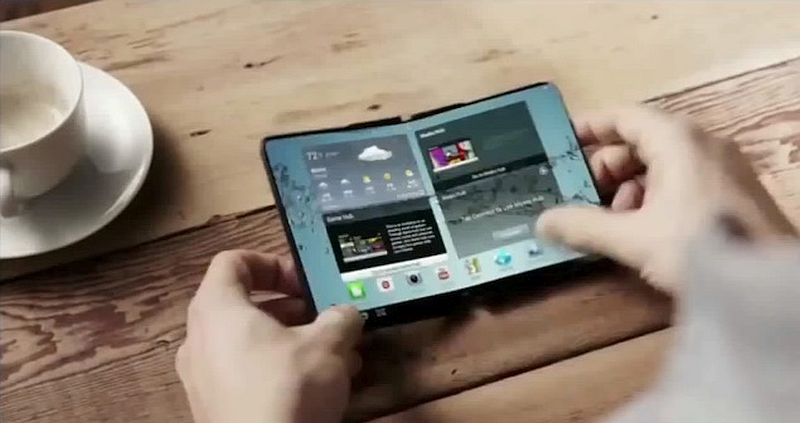 We have been hearing rumours about a Samsung foldable phone in the works for more than two years now, with the company showing off several prototypes of folding displays as well.

The South Korean company in the meantime has launched Galaxy smartphones with curved edge displays. If a new leak is to be believed, we might finally see a foldable Samsung smartphone in January - with the company reportedly already testing the smartphone. Additionally, Samsung's mysterious Galaxy View device has been certified by the Bluetooth SIG claiming it's a tablet.

According to a tipster from China (via GforGames), Samsung's foldable smartphone has been codenamed Project Valley and is being tested with two different chipsets - Qualcomm Snapdragon 620 and Snapdragon 820. Other details tipped by the tipster claim that the handset will feature 3GB of RAM; come with expandable storage, and will come with an embedded battery.

It's worth noting that a previous report had claimed that Samsung was testing the unannounced Qualcomm Snapdragon 820 chipset 'aggressively'. The test results were said to determine if the chipset would be featured in next year's flagship models or not.

In other news, Samsung's mysterious Galaxy View device which was teased during its IFA event and expected to the oft-leaked 18.4-inch tablet from the company has purportedly been certified by Bluetooth SIG with model name SM-T670. The Bluetooth SIG listing of the tablet doesn't reveal many details; except that the Bluetooth version will be 4.1.

To recall, Samsung just as it did at the Galaxy Unpacked event last month, teased a new upcoming product at the end of the IFA show - what appeared to be a large tablet. Dubbed Galaxy View, the teaser was mysterious enough to hide most details but a kick stand was visible on the back panel. We will have to wait for Samsung to make the announcement.