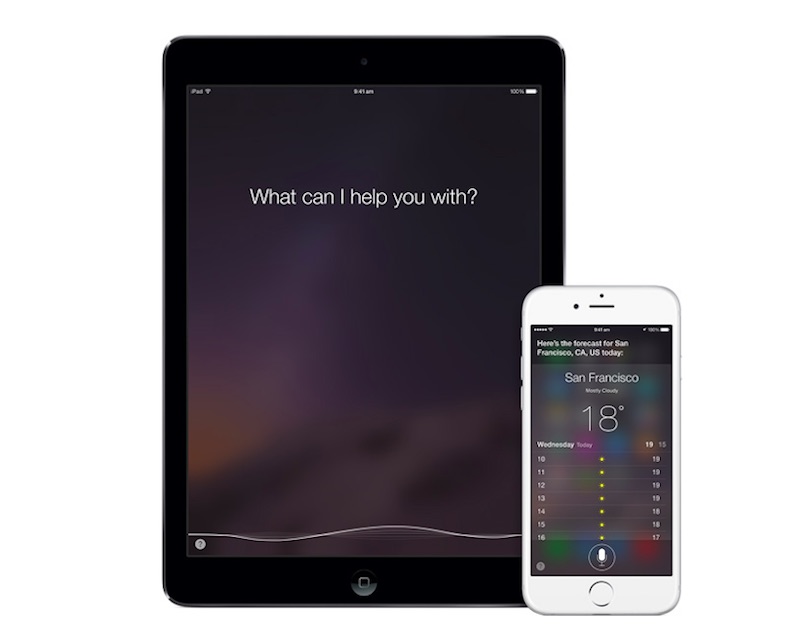 Siri, one of the first voice-based virtual assistant for smartphones, is considered the best in the market, a survey of users by Expert Exchange concluded. Apple's software feature has surpassed its counterparts from Google and Microsoft, receiving an impressive user satisfaction score of 81 percent.

For the survey, the team at Expert Exchange asked the three assistants a range of questions, and then follow up to those questions to see what kind of answers they are able to offer, and how their answers compare against their rivals. The participants concluded that Siri with 81 percent satisfaction is the best virtual assistant there is, with Google Now scoring 68 percent, and Microsoft's Cortana getting a mixed response with 57 percent score.

Their accuracy wasn't consistent in each area. For instance, Siri provided incorrect answers 2.6 percent of times, with Google Now getting 4 percent of the answers wrong, and Cortana lagging behind with wrong answers 8 percent of the time. While their accuracy varied with different questions - Siri seemingly topped the chart every time. Google Now came close or even equalled Siri on this front a couple of times. 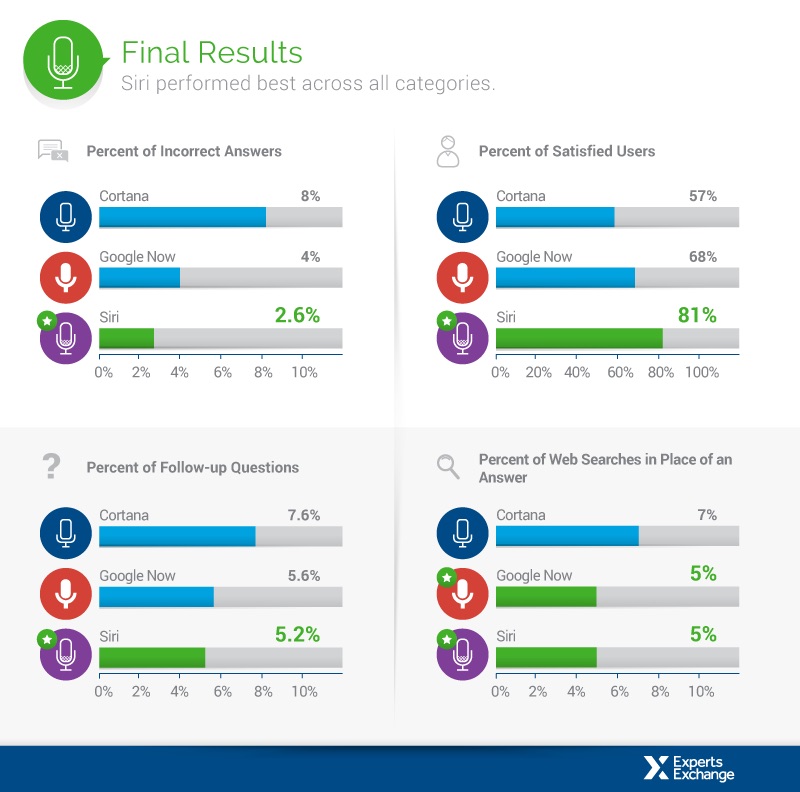 This isn't the first time Siri has come across as the best voice-based virtual assistant in a comprehensive test. On many occasions, we've seen Apple's software triumph over its rivals. But what's interesting is that all the three assistants have performed well.

Also, it is worth pointing out that unlike Siri, Google Now and Cortana are not exclusive to the mobile platform. While Google Now also works on Web, Cortana is the only assistant that is available for a desktop operating system as well as for Android and iOS.