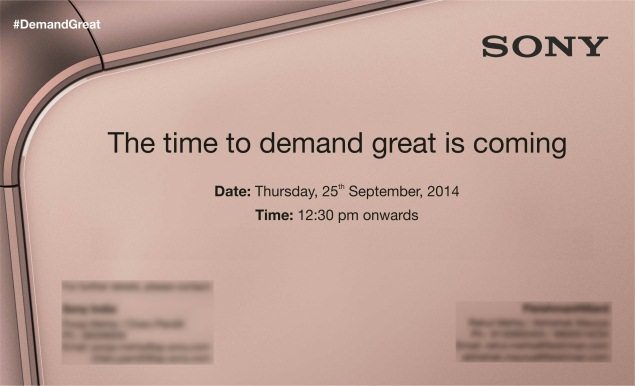 Sony India has officially sent out invites for an event scheduled on Thursday, September 25 in New Delhi, where it is expected to launch Xperia Z3 family of devices it launched earlier this month at IFA 2014.

The Xperia E3 was launched in India earlier this month, priced at Rs. 11,990 for the single-SIM version, and Rs. 12,990 for the dual-SIM version. Notably, the India invite sent on Monday doesn't contain any mention of what Sony intends to launch at the event.