Tecno Pop 6 Pro landing page has gone live on Amazon, which reveals some of its key specifications. 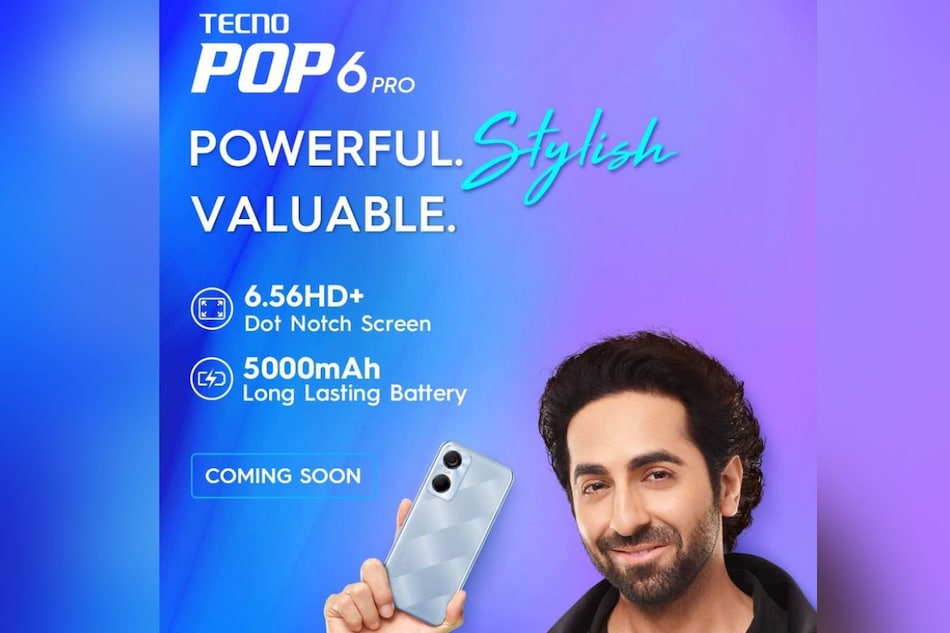 Tecno Pop 6 Pro will sport a display with HD+ resolution

Tecno Pop 6 Pro will soon launch in India, the company announced today. Additionally, a dedicated landing page for the phone has gone live in India on Amazon. The landing page reveals some specifications of the upcoming handset. The Tecno Pop 6 Pro will sport a 6.56-inch Dot Notch display with display with HD+ resolution and 120Hz touch sampling rate. It will also feature an 8-megapixel dual rear camera setup with dual LED flash lights. It will pack a 5,000mAh battery, as per the landing page.

Today, the smartphone brand announced via Twitter that the Tecno Pop 6 Pro is going to debut in India soon. The company also said that the upcoming smartphone will be available in the country via Amazon. Tecno claims that the new phone will be “light on your pocket”, which suggests it could be a budget handset.

Enter the arena with the new TECNO POP 6 Pro, an exclusive smartphone you've been waiting for so long.
With 6.56'HD+ Dot Notch Display & 5000mAh Powerful Battery yet light on your pocket is arriving soon only on https://t.co/tp2VgSNHXH

Additionally, a dedicated landing page on Amazon for the Tecno Pop 6 Pro has gone, which reveals some key specifications of the upcoming smartphone. The Tecno Pop 6 Pro will sport a 6.56-inch Dot Notch display with HD+ resolution and 120Hz touch sampling rate. The handset will feature an 8-megapixel dual rear camera setup with dual LED flash lights.

At the front, it will feature a 5-megapxiel selfie camera with an LED flash. The upcoming smartphone will also feature portrait mode photography. According to the landing page, the Tecno Pop 6 Pro will pack a 5,000mAh battery. The company claims that the battery will offer users 42 days of standby time. The handset will be available in at least Peaceful Blue and Polar Black colour options. The company is yet to reveal the India pricing and the launch date for the new handset.

To recall, the Tecno 5 Pro was unveiled in India in January this year with a price tag of Rs. 8,499. The handset featuresd a 6.52-inch LCD display with HD+ resolution and 120Hz touch sampling rate. The company claims that the display can produce 480 nits of peak brightness. It features an 8-megapixel dual rear camera setup as well. The phone packs a 6,000mAh battery, according to the company.