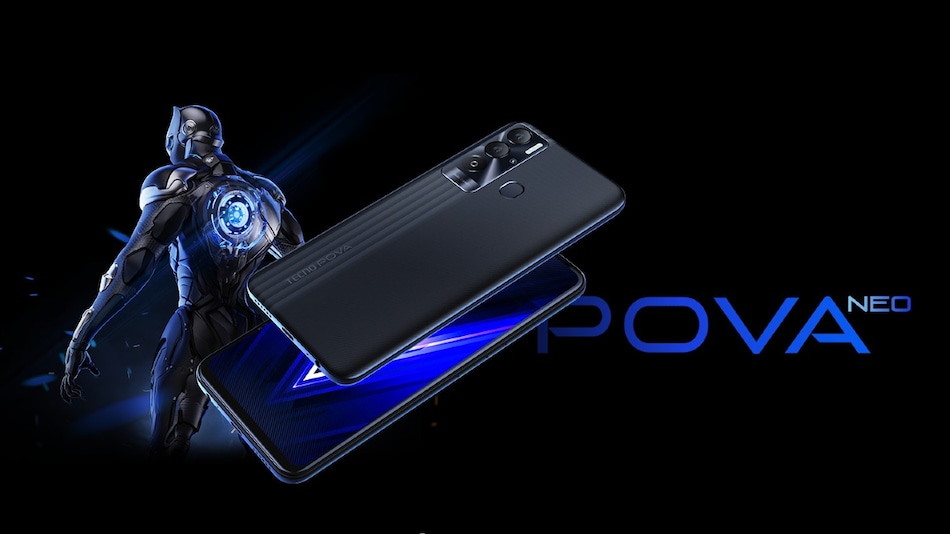 Tecno Pova Neo is powered by an octa-core MediaTek processor

Tecno Pova Neo has been launched as an entry-level smartphone in Nigeria. The latest Tecno handset comes in three different colour options and features dual rear cameras, headlined by a 13-megapixel primary sensor. Tecno Pova Neo has a 120Hz refresh rate display and includes a massive 6,000mAh battery with 18W fast charging support. The smartphone battery is said to deliver up to 40 hours of calling time and up to 24 hours of music playback time. The latest phone is a successor of the Tecno Pova 2 which was launched in June this year.

Tecno's official website in Nigeria doesn't mention the pricing and availability details of the new Tecno Pova Neo. The handset is currently listed on the e-commerce website Jumia.com for NGN 75,100 (roughly Rs. 13,800). The smartphone is offered in a single 4GB + 64GB storage configuration. It is offered in Geek blue, Obsidian, and Powehi colour options.

However, details about Tecno Pova Neo's launch in India and other global markets are unknown at this moment.

Tecno Pova Neo runs on Android 11 with HiOS 7.6 on top. The latest Tecno phone features a 6.8-inch HD+ (720×1,640 pixels) display with 120Hz refresh rate, 84.8 percent screen-to-body ratio, and a pixel density of 262ppi. The display has a hole-punch cutout for the selfie camera. The new Tecno handset is powered by an unknown octa-core MediaTek chipset, coupled with 4GB of RAM and 64GB of onboard storage.

For optics, Tecno Pova Neo sports a dual rear camera unit with quad flash. The camera setup is headlined by a 13-megapixel main sensor. For selfies, the smartphone has an 8-megapixel sensor at the front with dual flash.

Tecno has provided a massive 6,000mAh battery on the new device. It carries 18W fast charging support as well. As mentioned, the battery is said to deliver up to 24 hours of music playback time, up to 20 hours of video playback time, and up to 40 hours of calling time. Further, the company claims that Clash of Clans can be played on Tecno Pova Neo for up to three hours with just a 15-minute of charge. Tecno Pova Neo measures 171.39×77.25×9.15mm.