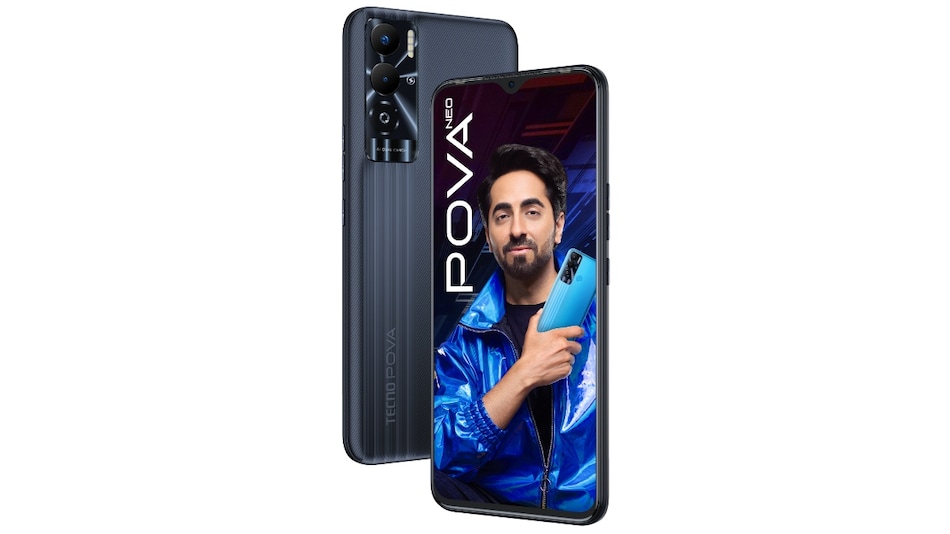 Tecno Pova Neo was launched in India on Thursday. The new Tecno phone is aimed at young smartphone buyers and features dual selfie flash as well as a large, 6,000mAh battery. Tecno Pova Neo comes with a waterdrop-style display notch and has dual rear cameras. The smartphone also carries 5GB of virtually expandable RAM support. Overall, Tecno Pova Neo is likely to face a tough fight against the likes of Poco M3 and Realme Narzo 30 that are available in the same price segment but offer better specifications.

Tecno Pova Neo price has been set at Rs. 12,999 for the sole 6GB + 128GB storage variant. The phone comes in Geek Blue, Obsidian Black, and Power Black colours and will be available for purchase through retail stores starting January 22.

Customers purchasing Tecno Pova Neo will get a complimentary pair of Tecno earbuds worth Rs. 1,499.

The dual-SIM (Nano) Tecno Pova Neo runs on Android 11 with HiOS 7.6 on top. It features a 6.8-inch HD+ (720x1,640 pixels) DotNotch Display with a 20.5:9 aspect ratio and 480 nits of peak brightness. The phone is powered by an octa-core MediaTek Helio G25 SoC, along with 6GB of LPDDR4x RAM. There is also support for virtually expanding the RAM by 5GB using the brand's proprietary MemFusion feature. It essentially utilises the inbuilt storage as RAM to support greater multitasking.

The new Tecno Pova Neo comes with 128GB of eMMC 5.1 storage that is expandable via microSD card (up to 512GB) through a dedicated slot. Connectivity options include 4G LTE, Wi-Fi 802.11ac, Bluetooth v5.1, GPS/ A-GPS, FM radio, USB Type-C, and a 3.5mm headphone jack. Sensors on board include an accelerometer, ambient light, and a proximity sensor. The phone also has a fingerprint sensor at the back.

Tecno has packed the phone with the 6,000mAh battery that comes with 18W fast charging support. The battery is claimed to deliver up to 43 hours of talk time or up to 55 days of standby time on a single charge. Besides, the phone measures 171.39x77.25x9.1mm.