Xiaomi 13 series is tipped to be powered by a Qualcomm Snapdragon 8 Gen 2 SoC. 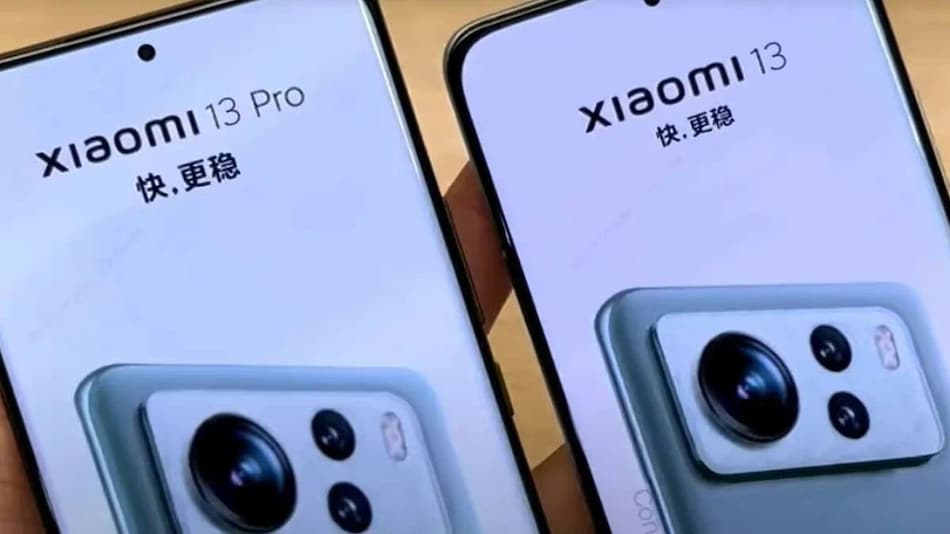 Xiaomi 13 Pro render suggests that it could feature curved edges

Xiaomi 13 series alleged render has been leaked online by tipster, along with some specifications. The rumoured smartphone series is said to sport a 2K resolution curved AMOLED display. It is said to be powered by a Qualcomm Snapdragon 8 Gen 2 SoC, which is expected to launch in November. The phone is tipped to offer support for 120W fast charging. The leaked render suggests that the series will comprise Xiaomi 13 and Xiaomi 13 Pro. Additionally, another tipster has claimed that the Xiaomi 13 Pro will run on Android 13-based MIUI 14 out-of-the-box.

Tipster Dahodian Techie (@DahodianTechie) has shared a purported render of the Xiaomi 13 Pro and Xiaomi 13 via Twitter. The image suggests that the both the handsets will feature a centre-aligned hole-punch cutout on the display to house the selfie camera. The Xiaomi 13 Pro appears with a bigger display than the vanilla Xiaomi 13. The smartphones can also be seen with curved edges with the volume rockers and a power button on the right spine.

The Xiaomi 13 and Xiaomi 13 Pro could feature a triple rear camera setup with an LED flash. The tipster has also shared some specifications of the upcoming smartphone series. It is tipped to sport a curved AMOLED display with 2K resolution. It is said to be powered by a Qualcomm Snapdragon 8 Gen 2 SoC, which is expected to launch mid-November this year. It could support 120W fast charging, and get optical image stabilisation support for the primary rear camera.

Meanwhile, tipster ExperienceMore has shared via Chinese microblogging website Weibo that the Xiaomi 13 Pro will run Android 13-based MIUI 14 out-of-the-box. The upcoming version of the company's operating system has been codenamed Nuwa, according to the tipster.

The above-mentioned specifications are in line with a previous report, which suggested that the Xiaomi 13 Pro will sport a 6.7-inch Samsung E6 display with up to 2K+ resolution and a 120Hz refresh rate. The report also highlighted the same SoC for the phone as the tipster. It was also highlighted that the phone could run Android 13 out-of-the-box. According to another report, the Xiaomi 13 series is also tipped to sport narrow bezels and eye protection dimming technology.