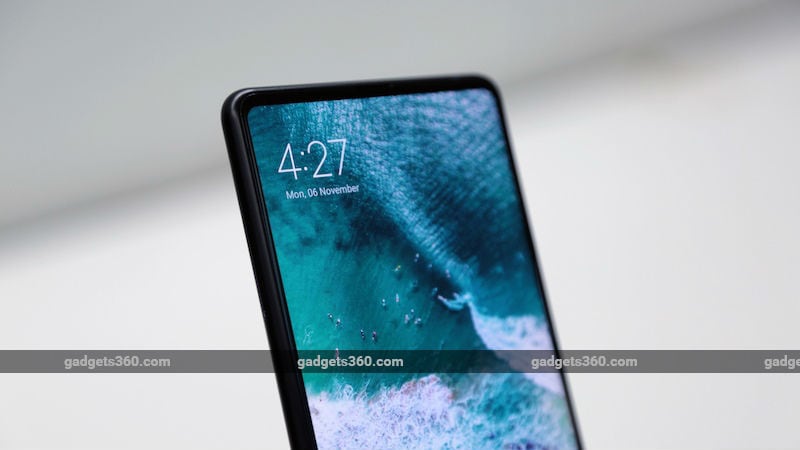 Xiaomi Mi Mix 2, the company's premium bezel-less display smartphone from last year, has received yet another price cut in India. The handset was launched by Xiaomi in India back in October 2017. It had arrived in a single variant in India priced at Rs. 35,999. But, with the latest price cut, the Mi Mix 2 is available for Rs. 29,999. Notably, it is a permanent price drop and is applicable on Mi.com, Mi Home, and official partners such as Flipkart.

The price of the Mi Mix 2 was first slashed by Rs. 3,000 in January this year. It was available for Rs. 32,999. The new price represents a price cut of an additional Rs. 3,000, making it significantly cheaper than its primary competitors at that price point. The Chinese mobile maker made the announcement on one of its forums. Meanwhile, there is still no word on whether the company will launch the Mi Mix 2S in India.

To recall the specifications, the Xiaomi Mi Mix 2 is a dual-SIM (Nano) smartphone that runs MIUI 9 based on Android 7.0 Nougat. It sports a 5.99-inch full-HD+ (1080x2160 pixels) LCD display, and is powered by a Qualcomm Snapdragon 835 SoC that's coupled with 6GB of RAM. The dual-SIM (Nano-SIM) smartphone sports a 12-megapixel Sony IMX386 rear camera sensor with 1.25-micron pixels, 4-axis optical image stabilisation, 5-piece lens, an f/2.0 aperture, as well as a facial recognition feature. On the front, it bears a 5-megapixel front camera, also with the facial recognition function that can be used to unlock the smartphone.

As for storage, the Xiaomi Mi Mix 2 variant launched in India bears 128GB of storage that is not expandable. Connectivity options on the Mi Mix 2 smartphone include 4G (support for 43 LTE bands), VoLTE, dual-band Wi-Fi 802.11c, Bluetooth v5.0, GPS/ A-GPS, and USB Type-C. Sensors on board include an accelerometer, ambient light sensor, barometer, digital compass, gyroscope, and ultrasonic proximity sensor. The smartphone runs on a 3400mAh battery, measures 151.8x75.5x7.7mm, and weighs 185 grams.