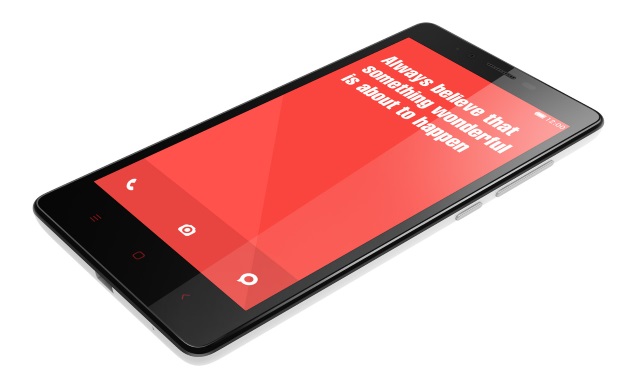 Xiaomi India, at the Mi 4 launch event last month, had confirmed that all the Xiaomi smartphones that have been sold in India will receive the MIUI 6 update in the coming weeks.

Xiaomi's 2013 flagship smartphone, the Mi 3, received the MIUI 6 update in January based on Android 4.4 KitKat, and now it is turn of the 4G-enabled Redmi Note 4G.

As per user reports, the Xiaomi Redmi Note 4G has started receiving MIUI 6 (v6.3.5.0) update based on Android 4.4.4 KitKat OTA (over-the-air) in India and Taiwan, a little later than the first week of February as promised by the company.

Several Redmi Note 4G users in India have posted about update on the MIUI forums. The official changelog for the new update is not available currently.

Considering that Xiaomi is rolling out the MIUI 6 update based on Android KitKat, we can expect the Android 5.0 Lollipop-based update will still take some time to reach the handsets.

Xiaomi smartphones set to receive the MIUI 6 update in early March include the Redmi 1S and Redmi Note.

Xiaomi India last week announced that the Redmi Note 4G will not be sold using its flash sale model, and that customers could buy the smartphone without registration via Flipkart.

To remind you, the Xiaomi Redmi Note 4G, priced at Rs. 9,999, had till last week been made available via a flash sale model for online sales of the smartphone in India, and via an offline sales model through exclusive Airtel stores.