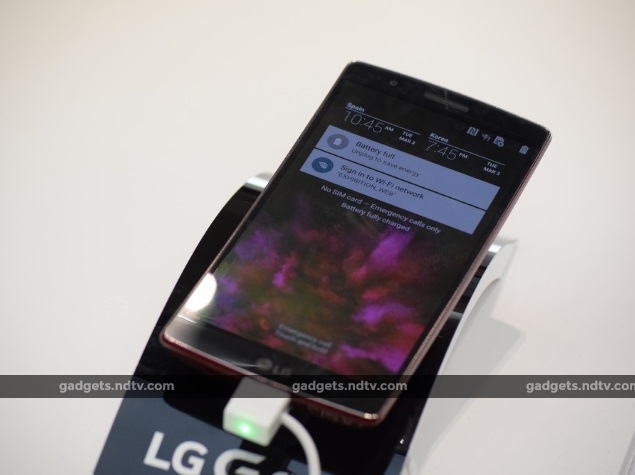 The first LG G Flex was a fascinating phone; not just because of its curved screen, but also because it could take a lot of abuse. The rear was designed to resist scratches and could actually heal itself from mild surface abrasions. The body, including screen and battery, could be flexed enough to nearly flatten it out. However, it was shockingly expensive and had a low-resolution screen that didn't do it any favours. Some people might have paid the full price of Rs. 68,000 at launch time, but obviously not enough, and it is now languishing even after a 50 percent price drop.

LG's second-generation G Flex phone - the LG G Flex2 - loses some of its signature flexibility but gains a lot of appeal. This isn't some outlandish, impractical device anymore, proof that LG really has thought about how and where a phone with a curved screen might fit into people's lives.

LG's booth at MWC in Barcelona was buzzing with activity, particularly around this device. Crowds of people were jostling to hold and feel the G Flex2. Access was difficult, but we did manage to spend some time with a demo unit. Here are our first impressions.

The LG G Flex2 is visually striking. We saw two different colours on display: a dark grey and a very rich red. Both were extremely glossy and had dramatic sunburst finishes. The red is very eye-catching, which is definitely not going to be to everyone's taste. 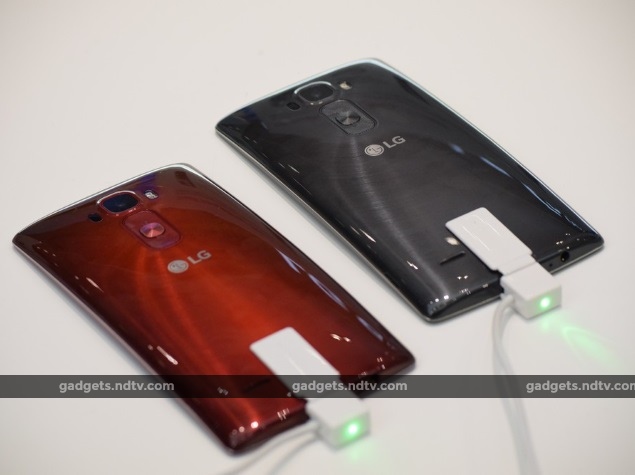 The next thing we noticed about the G Flex2 was that it felt a lot slicker than its predecessor. The original LG G Flex (Review | Pictures) was bulky and had it not been for its shape, would have been rather unappealing. This year's model stands on its own as a very slick, attractive device - something you'll want to turn over in your hand and examine from every angle.

The LG G Flex2 is not meant to be bent, although it is just about flexible enough to resist damage if accidentally sat on. In this sense, LG seems to have focused on the parts of its idea that actually worked, which is a good move all around.

The front and sides are quite clean, thanks of course to the company's campaign to move buttons to the rear. Clearly, this trend isn't disappearing anytime soon. While it might have worked on some of LG's past devices, we found that the shape of this phone and the particular shallowness of the buttons made us press them by accident all the time. We had to fiddle around to find a comfortable grip and avoid the buttons, though this could be less of a problem as one spends more time with the device.

Another thing worth noticing on the rear is the sensor for LG's laser autofocus system which we saw on the very impressive LG G3 (Review | Pictures). The camera has a dual-LED flash and optical image stabilisation. It can take 13-megapixel stills and 4K video. 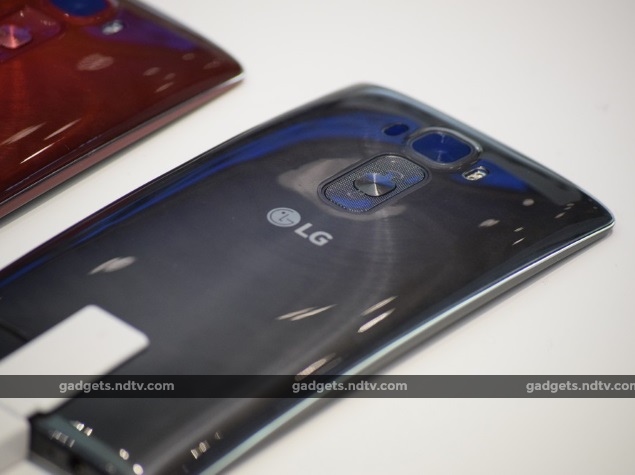 Unlike its predecessor, the G Flex2 has a removable rear cover. Thanks to the curve, the 3000mAh battery is not a single block and so it is not removable. Only the SIM and microSD card slots can be accessed. The cover also has an improved anti-scratch coating with more effective self-healing capabilities. LG demonstrated this with a rather aggressive demo involving metal-tipped brushes on a mechanical platform.

The company is also touting software improvements on the G Flex2, particularly with regard to the camera app. When using the front-facing camera, the phone will let you trigger a countdown timer by holding up a fist and then unclenching it. This lets you position the camera and get a nice shot without reaching for a shutter release control on-screen or on the rear. You then only have to lower your hand and tilt the phone flat to see the shot you just took. It's a particularly clever touch, since the first thing anyone does is check the photo they've just taken. 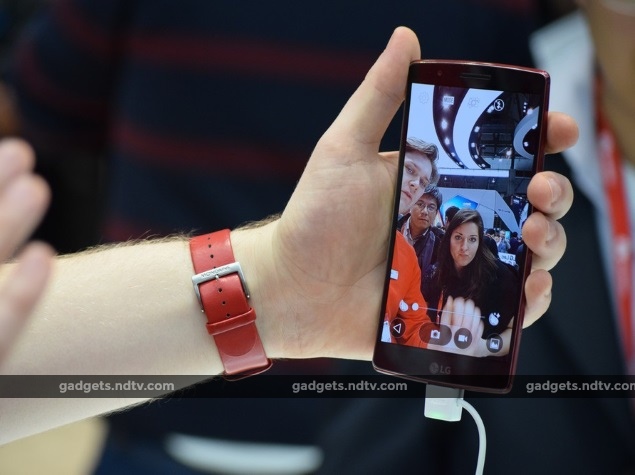 There's also Glance view - swipe downwards on the screen when the phone is asleep to see important information such as upcoming appointments. The G Flex2 runs Android 5.0 but LG's custom UI is much the same as it has been for the past year or so.

Under the hood is a 2GHz octa-core Snapdragon 810 SoC, making this one of the first devices running it to debut. There will be a version with 2GB of RAM and 16GB of internal storage and another with 3GB of RAM and 32GB of storage space. LG's website says that microSD cards of up to 2TB are supported, which is the limit of the microSDXC format - cards of that capacity are not expected to be available for many years. 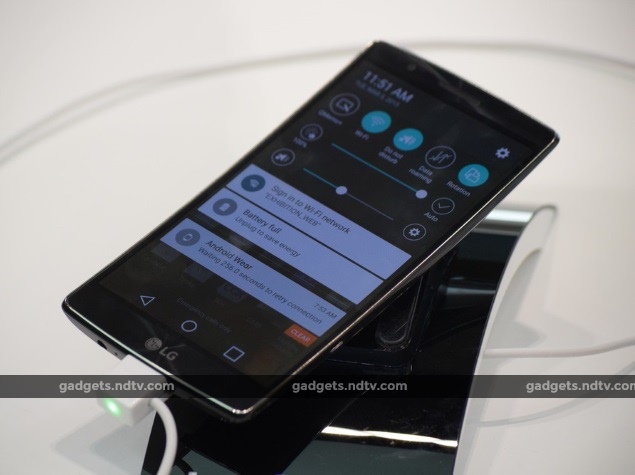 The screen receives a size cut to 5.5 inches, which is a lot more manageable, but also a resolution bump up to 1080x1920. This is very welcome, especially since we wouldn't have accepted any less on a device this premium.

The main question that remains unanswered about the LG G Flex2 is how it will feel to own and use over a long period of time. We will have to wait for a review unit to reach us before we can come to any such conclusions. In the brief time we were able to spend with a unit tethered to the table at LG's booth, we were both impressed and intrigued.

Disclosure: LG was showcasing its products at MWC 2015 in Barcelona. Qualcomm sponsored the correspondent's flights and hotel for Barcelona.