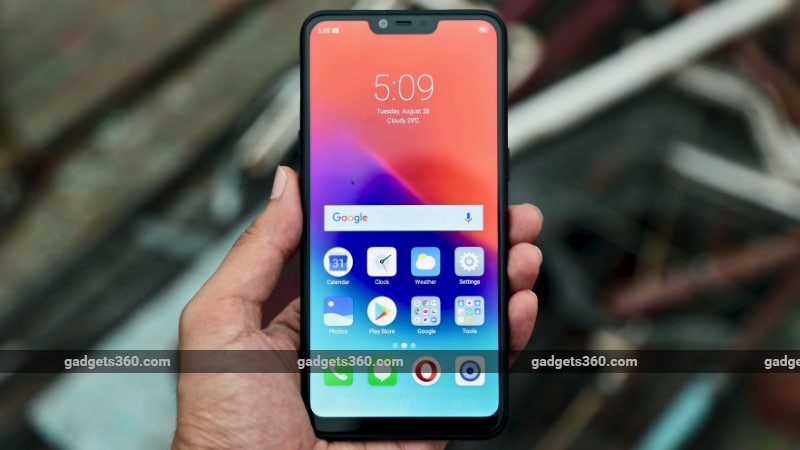 Oppo launched the Realme sub-brand back in May 2018 in order to take on Xiaomi's might in the budget smartphone market. Since then, Realme has been spun off into an independent company, which has now launched a new model called the Realme 2. Price in India for the Realme 2 — which features a notched 19:9 display, a dual camera setup at the rear, and a fibreglass body — starts at just Rs. 8,990.

Realme claims that the Realme 2 is not a successor to the Realme 1 (Review), but a separate product designed to coexist with it. According to the company, while the Realme 1 focuses on design and performance, this new smartphone aims to be a budget-friendly all-rounder. However, the base model of the Realme 1 is no longer available, which means that the Realme 2 has actually taken its place in the sub-Rs. 10,000 segment. Can the Realme 2 compete with the likes of the Xiaomi Redmi 5 (Review) and Asus ZenFone Max Pro M1 (Review)? Let's find out.

Just like the Realme 1, the Realme 2 has a fibreglass body with a glossy diamond-cut effect on the back. There are 15 tangent planes carved onto the back panel which reflect light in different ways. Realme has refined the design, and the look is more subdued this time around. Sadly, the fibreglass back picks up scratches and fingerprints easily and makes the phone rather slippery.

There is a notched display up front. The borders around it, while not insignificant, are slimmer than those of the competition. The frame is made of plastic but this phone feels quite solid in the hand.

The back panel houses a dual camera setup that barely protrudes from the chassis, an oval fingerprint sensor, and the Realme branding. Like we mentioned earlier, Realme recently broke away from Oppo to become an independent brand. As a result, the Oppo logo, which is found on the Realme 1, is missing from the Realme 2.

The left of the Realme 2 has a volume rocker and the SIM tray, which has separate slots for two Nano-SIMs and a microSD card. The power button is on the right. The buttons are quite small and hard to press. There's a single loudspeaker next to the Micro-USB port at the bottom, but it's tinny and shrill.

The Realme 2 has a 6.2-inch HD+ IPS display with an aspect ratio of 19:9, a maximum brightness of 360nits, and Corning Gorilla Glass 3 for protection against scratches. Colours are vibrant enough for the price, but the panel is dim and and very reflective. The maximum brightness is lacking, which greatly impacts outdoor legibility. The HD+ resolution is lacklustre but this can be somewhat forgiven at this price point.

The Realme 2 is capable of handling basic day-to-day tasks such as watching YouTube videos, taking the occasional picture, light Web browsing, and using social media applications. That said, it does struggle slightly with intense workloads and we experienced occasional slowdowns and keyboard lags during our review period. Games like Asphalt 9 are playable on the whole but you will see the occasional dropped frame. On a positive note, the phone doesn't heat up under duress.

Gestures, the custom screen that replaces the Google Now panel, and Wi-Fi Assistant

The Realme 2 runs ColorOS 5.1 on top of Android 8.1 Oreo, and our unit had received the July security patch at the time of writing this review. Realme has not announced any update timeline for the Realme 2. There is no app drawer, and the Google Now panel has been replaced by a custom screen that displays the weather, the number of steps taken, recent photos, favourite contacts, and recent events. The interface is fluid and snappy but is in need of simplification. The Settings app is confusing and cluttered, the quick launch panel is hard to navigate around, and there are too many first-party applications that compete with Google's own.

ColorOS is loaded with features such as Dual Apps, a three-finger screenshot shortcut, a theming app, and lockscreen gestures. Realme has also added a feature called 'Notch full screen multi-tasking' which displays shortcuts to recently used apps and toggles to take a screenshot, disable notifications, and start screen recording on either side of the notch. Wi-Fi Assistant intelligently switches between Wi-Fi or cellular data, and Smart Driving automatically enables Do Not Disturb mode when you are driving. The sheer number of features and gestures will be appreciated by some, but many users could easily get overwhelmed.

The Realme 2 has a sizeable 4,230mAh battery with 'AI Power Master', a software feature that allocates processor resources based on user behaviour and suspends inactive apps. Battery life is fantastic, thanks to the dim, low-res display and the efficient Snapdragon 450 processor. In our HD video loop test, the phone managed to chug along for an incredible 17 hours and 30 minutes. It breezed through a day of moderate use, and still had about 40 to 50 percent left at the end. You get an Oppo-branded standard 10W charger in the box, that charges the phone fully in around 3 hours.

The camera app is logically laid out and offers a multitude of modes such as Panorama, Time-lapse, and AR sticker. There are 28 AR stickers to choose from, and the feature, which is implemented well, can be used with both the front and rear cameras.

In our tests, the rear camera captured an adequate amount of detail in favourable light, and colours were reasonably accurate as well. However, the camera has poor dynamic range and struggled with getting exposures right. Images taken at night had washed-out colours and lacked detail. Portrait shots had sub-standard edge detection and often came out fuzzy, especially at night.

The front camera also struggled a lot in low light but captured decent images in favourable light. The sensor is capable of capturing bokeh shots using software algorithms. The resultant images were sub-par, with soft edges and poor edge detection. We are not big fans of Realme's AI beautification feature, which softens photos and adds a watercolour-like effect to them.

Video recording maxes out at 1080p for both the front and rear cameras. Videos lacked detail and were not stabilised.

Verdict
The new Realme 2 offers stellar battery life, a unique design, a dedicated microSD card slot, and good build quality. However, performance is just about okay, the cameras are average, and the display is sub-standard. The fingerprint sensor is also slow and iffy. If you are looking for a phone in this price range, there are better options such as the Xiaomi Redmi 5 (Review) and the base variant of the Xiaomi Redmi Note 5 (Review).

With the launch of the Realme 2, the lowest priced variant of the Realme 1 (Review) — which retailed for Rs. 8,990 and offered stellar value for money — has been discontinued. If you're willing to spend a little more, we'd reccommend taking a look at the base variants of the Asus ZenFone Max Pro M1 (Review) or the 4GB/ 64GB version of the Realme 1, which are priced at Rs. 10,999 and Rs. 10,990 respectively. They are more powerful than the Realme 2 and have brighter, higher resolution displays.

Is Realme 2 really a better Realme 1 at the same price? We discussed that on Orbital, our weekly technology podcast, which you can subscribe to via Apple Podcasts or RSS, download the episode, or just hit the play button below.

Redmi 6 in India, Realme 2 Launched, Poco F1 and Nokia 6.1 Plus Now Available, and More News This Week
NASA Plans 45-Day Effort to Get Its Mars Rover Back