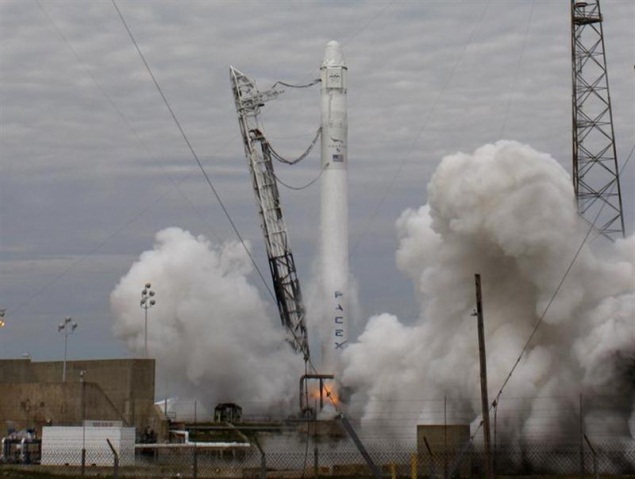 NASA has completed its 30-day lunar laser mission which confirmed that the possibility of expanding broadband capabilities in space using laser communications is as bright as expected.

Hosted aboard the Lunar Atmosphere and Dust Environment Explorer (LADEE), for its ride to lunar orbit, the Lunar Laser Communication Demonstration (LLCD) mission was designed to confirm laser communication capabilities from a distance of almost a quarter-of-a-million miles, NASA said.

In addition to demonstrating record-breaking data download and upload speeds to the Moon at 622 megabits per second (Mbps) and 20 Mbps, respectively, LLCD also showed that it could operate as well as any NASA radio system.

"Throughout our testing we did not see anything that would prevent the operational use of this technology in the immediate future," said Don Cornwell, LLCD mission manager at NASA's Goddard Space Flight Center in Greenbelt.

For example, LLCD demonstrated error-free communications during broad daylight, including operating when the moon was to within three degrees of the Sun as seen from Earth.

LLCD also demonstrated error-free communications when the Moon was low on the horizon, less than 4 degrees, as seen from the ground station, which also demonstrated that wind and atmospheric turbulence did not significantly impact the system. LLCD was even able to communicate through thin clouds, an unexpected bonus.

Operationally, LLCD demonstrated the ability to download data from the LADEE spacecraft itself.

"We were able to download LADEE's entire stored science and spacecraft data (one gigabyte) in less than five minutes, which was only limited to our 40 Mbps connection to that data within LADEE," said Cornwell.

Using LADEE's onboard radio system would take several days to complete a download of the same stored data.

Additionally, LLCD was to prove the integrity of laser technology to send not only error-free data but also uncorrupted commands and telemetry or monitoring messages to and from the spacecraft over the laser link.

LLCD also demonstrated the ability to "hand-off" the laser connection from one ground station to another, just as a cellphone does a hand-off from one cell tower to another.

An additional achievement was the ability to operate LLCD without using LADEE's radio at all.

"We were able to program LADEE to awaken the LLCD space terminal and have it automatically point and communicate to the ground station at a specific time without radio commands.

This demonstrates that this technology could serve as the primary communications system for future NASA missions," said Cornwell.

The ability of LLCD to send and receive high definition video was proven with a message from NASA Administrator Charlie Bolden, completing the trip to the Moon and back with only a few seconds of delay.