The probe may have discovered a sample of the Moon's rocky mantle. 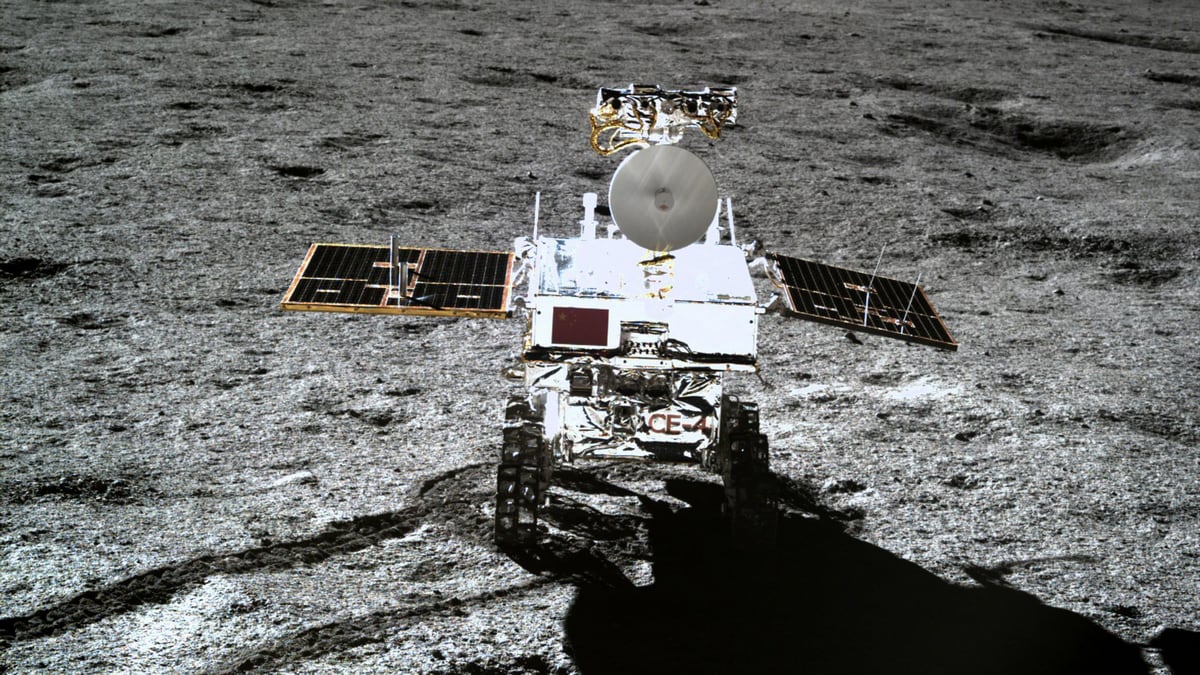 Yutu-2 moon rover on the far side of the moon

Scientists on Wednesday said they could be a step closer to solving the riddle behind the Moon's formation, unveiling the most detailed survey yet of the far side of Earth's satellite.  In January, the Chinese spacecraft Chang'e-4 - named after the moon goddess in Chinese mythology - became the first ever craft to touch down on the far side of the lunar surface.

Similar to other bodies in our Solar System, the Moon is believed to have gone through a phase during its formation when it was partially or entirely composed of molten rock.

As it cooled, so the hypothesis goes, denser minerals sank to the bottom of the magma-ocean, while lighter materials gathered near the surface to form its mantle.

The team landed its probe in the Von Karmen Crater in the Aitken Basin at the Moon's South Pole -- home to one of the largest impact craters known in the Solar System.

They detected materials such as olivine and low-calcium pyroxene that are rare elsewhere on the surface.

Authors of the study, which was published in the journal Nature, suggest that these materials were ejected from the Moon's upper mantle when it was struck by a meteor.

"Our results support the lunar magma ocean theory, and demonstrate that the magma ocean hypothesis can be used to describe the early evolution history of the Moon," Chunlai Li, from the Chinese Academy of Sciences, told AFP.

Unlike the near side of the moon that always faces the Earth and offers many flat areas to touch down on, the far side is mountainous and rugged.

The United States, Russia and China have all landed probes on the near side of the Moon, though neither NASA's Apollo missions nor the Soviet Union's Luna probes have ever returned samples of the lunar mantle.

The results "might also affect our understanding of the formation and evolution of planetary interiors," Pinet wrote, saying that more research on the far side of the Moon was "of the utmost importance."