In 2020, a team of astronomers claimed to have identified the closest black hole to Earth. The findings were then challenged by other scientists. 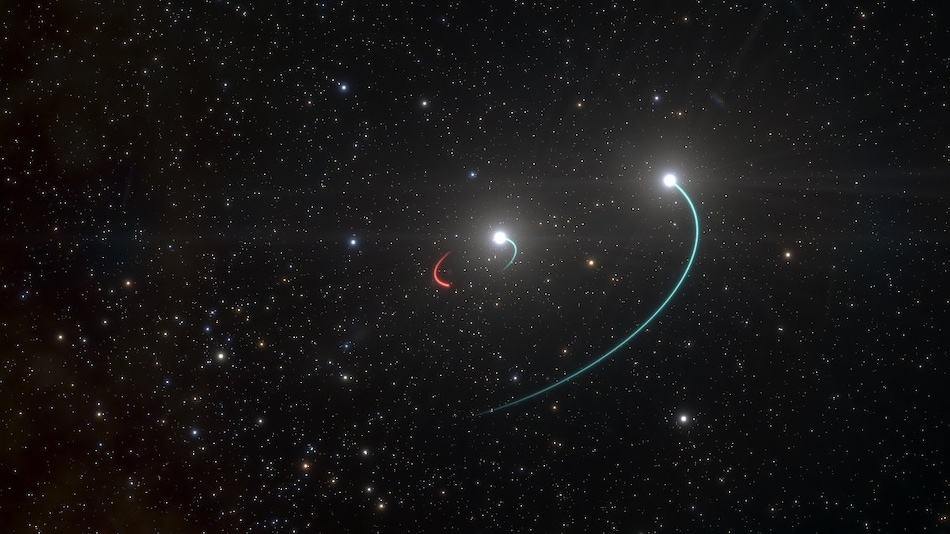 An artist's impression of the orbits of the HR 6819 system

There was a lot of excitement when astronomers from the Chile-based European Southern Observatory (ESO) claimed to have discovered the closest black hole to Earth, just 1,000 light-years away, in the HR 6819 system. But others had disputed the findings. Now, it appears those who doubted the findings were correct. Research by an international team of scientists has disproved the existence of a black hole in HR 6819. Abigail Frost of KU Leuven in Belgium led the research. The original study was led by ESO astronomer Thomas Rivinius.

As per the original study, HR 6819 was said to be a triple star system — one star closely orbiting a black hole and another star in a wide orbit. However, Julia Bodensteiner, a Ph.D candidate at the same university at the time, had said the system could also have only two stars and the result could be a case of mistaken identity because of a phenomenon sometimes referred to as “stellar vampirism”, meaning one star stripping away and absorbing much of the mass of the other.

With those contradictions in mind, the three astronomers — Rivinius, Bodensteiner and Frost — decided to join forces to study HR 6819 and find out which explanation was most likely to be true.

An ESO report quoted Rivinius as saying that they all agreed that the system had two light sources, therefore the question was whether they orbited each other closely, as in the striped-star scenario, or far apart, as in the black hole scenario.

For the original research, Rivinius had relied on a relatively small telescope, but the new team decided to source data from ESO's Very Large Telescope and Very Large Telescope Interferometer for their research. Using powerful instruments helped. The team found that there are only two stars in a tight orbit in HR 6819, and no black hole.

Frost stated that these findings completed the picture, and allowed them to infer that HR 6819 was a binary system with no black hole.