Five Planets to Line Up in Sky This Month in Rare Conjunction, Will Be Visible With Naked Eyes: How to Watch

Last time, the five naked-eye planets were lined up together in the sky was in December 2004. 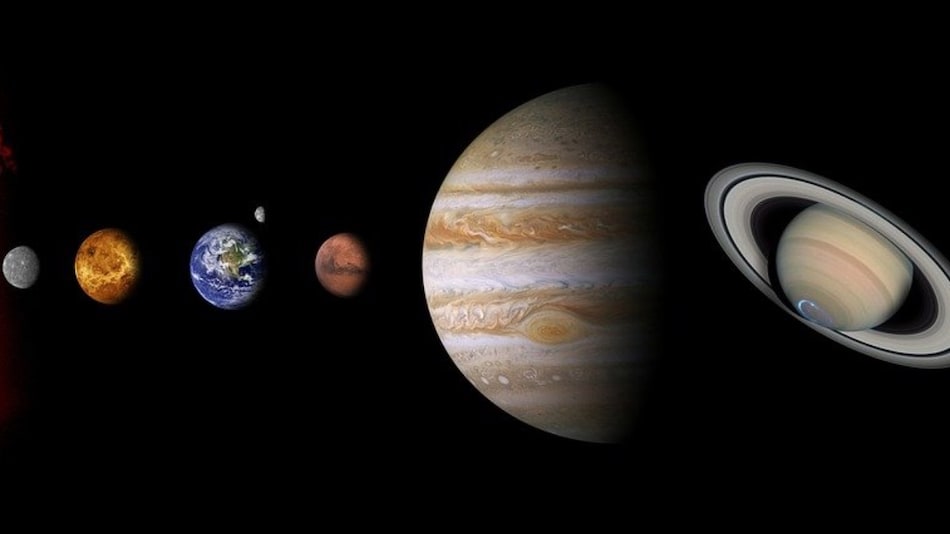 There's a treat lined up for skywatchers this June as they will be able to watch five planets, visible with naked eyes, arranged in their natural order from the Sun – from left to right as you scan the horizon. These five planets are Mercury, Venus, Mars, Jupiter and Saturn. The spectacular celestial show will be visible towards the eastern horizon just before the Sun rises and obscures the view. Those living in the Northern Hemisphere will have to look towards the east and the south. Those in the Southern Hemisphere should look towards the east and the north for the delightful view.

Seeing two or three planets close together in a conjunction is a rather common occurrence. However, it is extremely to observe a conjunction of five planets. The last time when the five naked-eye planets were lined up together was in December 2004. However, this sequence will place Mercury and Saturn much closer to each other.

While this arrangement should be visible throughout this month, some dates are particularly important, according to Sky & Telescope.

June 3 – 4: On these two mornings, the separation between Mercury and Saturn will be at its smallest: only 91 degrees. Skygazers will have less than half an hour – from Mercury first appearing above the horizon to essentially getting lost in the glare of the rising Sun.

June 24: The planetary lineup this morning is set to be even more compelling. Skygazers will have an hour to enjoy this parade. Though the separation of Mercury and Saturn will increase to 107 degrees, the real spectacle would be the waning crescent Moon between Venus and Mars, serving as a proxy for Earth.

Astronomers have said that there should be plenty of opportunities for everyone to see the five planets even if it's cloudy in their regions on some days of the month. So, make sure to wake up early and head towards a location from where you have an unhindered view of the horizon.