Hubble, launched in 1990, has so far made over 1.3 million observations. 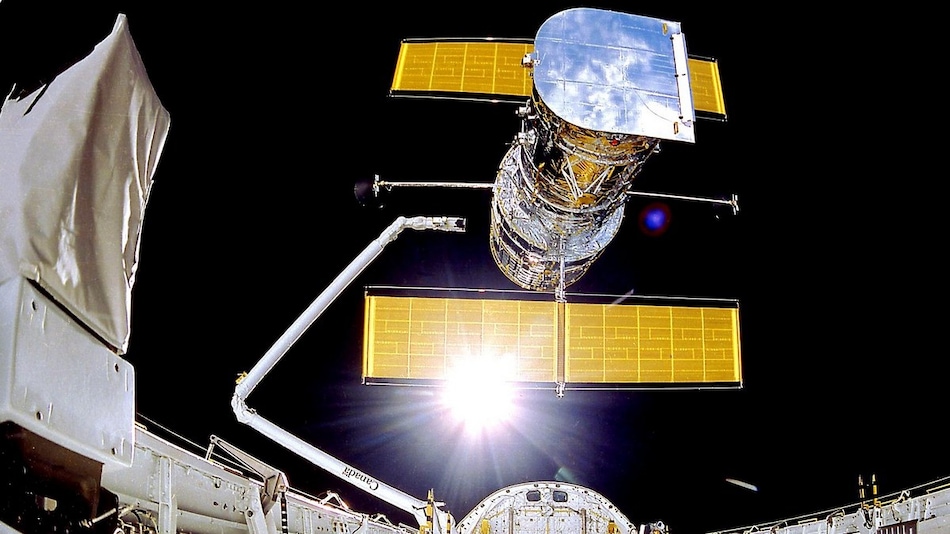 NASA's main workhorse for deep-space observation has faced a new technical issue this week that has forced scientists to pull it into “safe mode”. The safe mode is designed to keep the Hubble Space Telescope, which has revealed several mysteries of outer space, stable and allow scientists to work on it to address whatever problem it is encountering in functioning normally. In a tweet, the space agency said the telescope has experienced “synchronisation issues” with internal spacecraft communications. This is the latest in a string of challenges the three-decade-old telescope has faced recently.

Hubble's science instruments went into safe mode on Monday after experiencing synchronization issues with internal spacecraft communications. Science observations have been temporarily suspended while the team investigates the issue. The instruments remain in good health.

Hubble is a joint project by NASA and the European Space Agency (ESA). It was launched in 1990 and has so far made over 1.3 million observations. A few months ago, the space observatory experienced a technical issue after which all astronomical viewing was halted for a month. The Hubble returned to action a month later following a remote repair job by NASA scientists.

These glitches are not an exception to the Hubble but their frequency has increased over the years. NASA hopes Hubble will continue to serve for some more years but it is readying the more powerful, next-generation James Webb Space Telescope for a December launch, says a report in CNET. The report added that when the telescope is in safe mode, it remains stable and powered through its solar panels even as the team tries to fix the technical problem.

Still, Hubble has been one of the largest and most versatile research tools available to astronomers currently. The telescope has captured some remarkable moments in the Universe.

Recently, NASA shared a stunning image of an outer space region where newborn stars are taking shape. The image was splattered with hues of red and yellow and twinkling stars dotted the region —estimated to be about 13,000 light-years from Earth — like diamonds.

In April, to celebrate the 31st anniversary of the launching of the Hubble Space Telescope, NASA shared an image of a luminous blue star, AG Carinae. The star is about 20,000 light-years away from the Earth. The star, which began forming about 10,000 years ago, is likely to survive only a few years.

How Much Are the Satoshi Nakamoto Bitcoins Worth Now?
Oppo A54s Specifications Surface Online via Amazon Listing, Oppo A95 4G Spotted on Geekbench