The Hubble telescope has been observing deep space for 30 years. 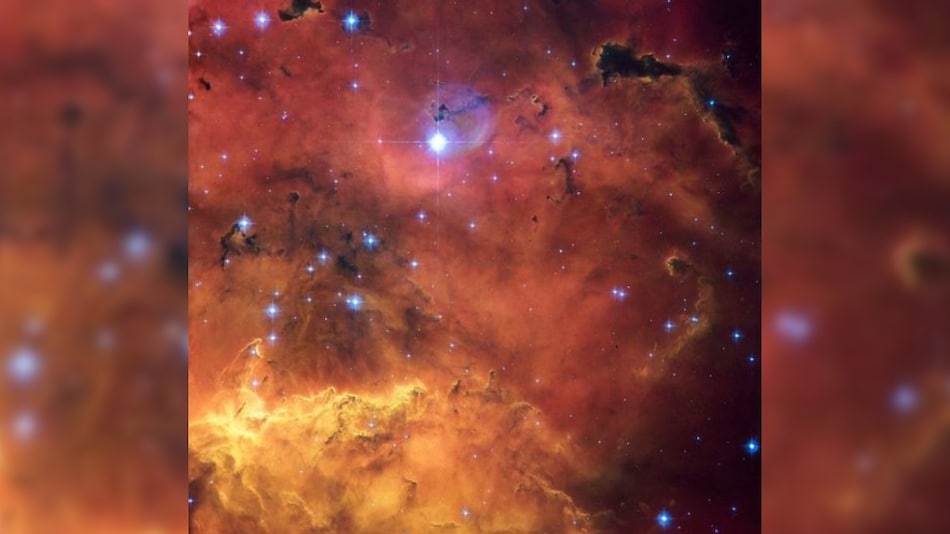 NASA has shared a stunningly colourful image that shows a region in outer space where newborn stars are taking shape. It is splattered with hues of red and yellow, with twinkling stars dotting the region like diamonds and sparkling as the sun's rays pass through them. The American space agency said that this colourful star-forming region looks a bit like a seasonal cosmic brew. The region gets its warm-hued colour because of gas and dust particles sparkling brightly in “this stellar nursery,” NASA said. The image has been captured by NASA's Hubble telescope.

NASA added that this region is similar to the Orion Nebula, one of the most familiar star-forming regions, but more distant from Earth. It is estimated to be about 13,000 light-years from Earth.

The Orion Nebula, the nearest star-forming region to Earth, is 1,500 light-years away. It can be seen with the naked eye.

A couple of days ago, NASA shared an image of two peculiar galaxies locked in a cosmic dance, at a distance of about 220 million light-years from Earth. The image was captured by the Hubble telescope. In the post, NASA said that the gravitational pull between the two galaxies will eventually result in the smaller galaxy either being tossed out into space or being consumed by the larger one.

On another occasion, the Hubble telescope had found six early galaxies, massive in size, that were “dead” when the universe was about three billion years old. These galaxies had run out of cold hydrogen, the fuel needed for star formation. NASA said that as these galaxies had no fuel to form stars, they were running “empty.”

PhonePe Experiments With Charging a Processing Fee on Prepaid Mobile Recharges Above Rs. 50
PayPal Says It Is Not Pursuing Acquisition of Pinterest