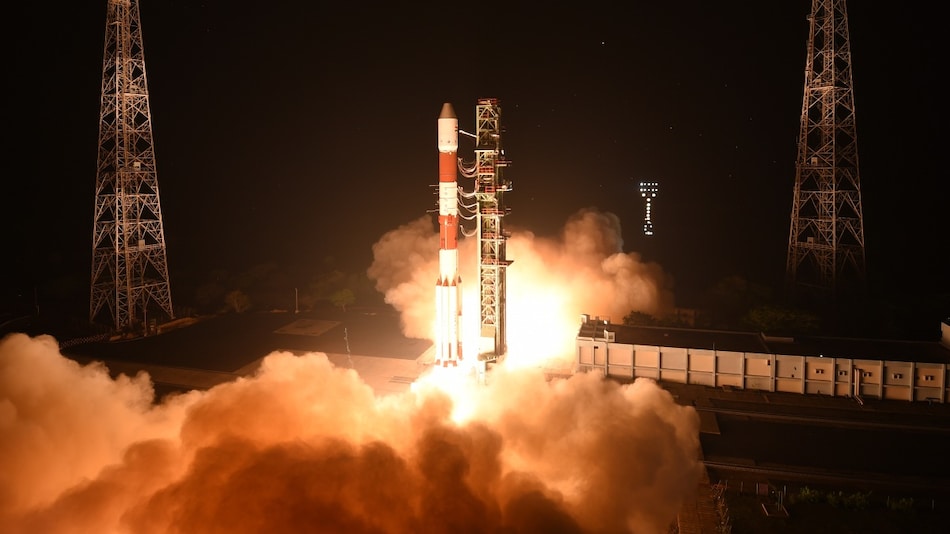 ISRO's Polar Satellite Launch Vehicle PSLV-C52 blasted off from Satish Dhawan Space Centre in Sriharikota at 5:59am on February 14. After the end of a 25-hour countdown, the launch vehicle carrying the Earth observation satellite EOS-04 and two co-passenger payloads — INSPIREsat-1 and INS-2TD — blasted off from the spaceport, marking the Indian space agency's first mission launch in 2022.

This marked the 80th launch vehicle mission from Satish Dhawan Space Centre, the 54th flight of PSLV, and the 23rd flight of PSLV in XL configuration (six strap-on motors).

According to an ISRO report, EOS-04 is a “radar imaging satellite designed to provide high quality images under all weather conditions for applications such as agriculture, forestry and plantations, soil moisture and hydrology, and flood mapping”. It weighs “about 1,710kg, generates 2,280W power and has a mission life of 10 years.”

The vehicle also placed two small satellites — an Indian Institute of Space Science and Technology (IIST) student satellite (INSPIREsat-1) in collaboration with the University of Colorado Boulder's Laboratory of Atmospheric and Space Physics, and an ISRO technology demonstrator satellite (INS-2TD), which is a precursor to the India-Bhutan Joint Satellite (INS-2B).

In a set order, co-passenger satellites were successfully detached from the PSLV. ISRO Chairman S Somanath congratulated the team on accomplishing the mission.