The ASTHROS mission could be the most complex telescope ever built for a high-altitude balloon mission. 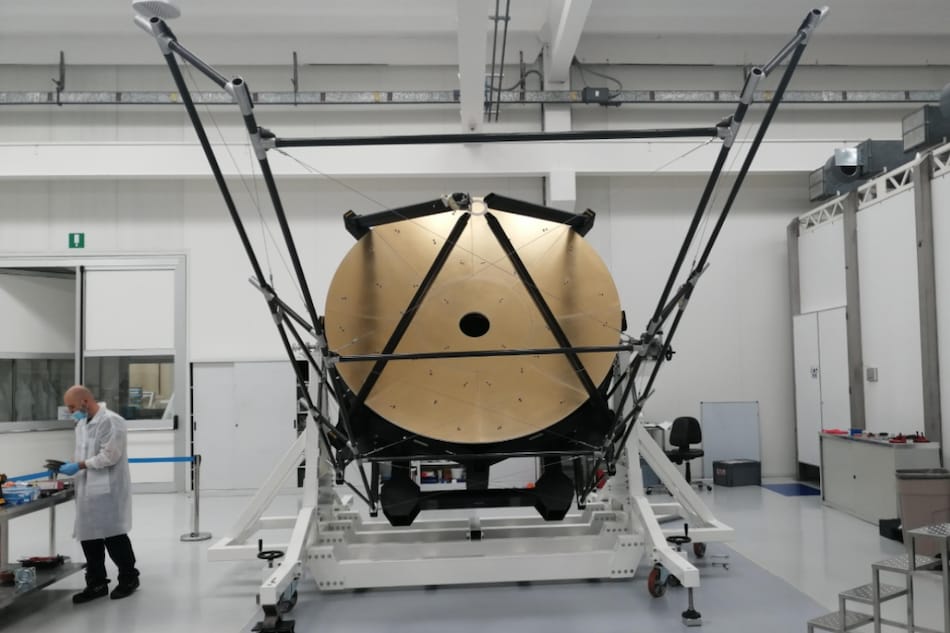 NASA is working to send a telescope up in the stratosphere using a balloon larger than a football field. The space agency has announced that it has equipped the telescope with a giant mirror which will help gather light for the instrument. The telescope will be deployed over Antarctica to study astrophysical phenomena as part of its upcoming Astrophysics Stratospheric Telescope for High Spectral Resolution Observations at Submillimeter-wavelengths (ASTHROS) mission.

The agency's ASTHROS mission is being managed by NASA's Jet Propulsion Laboratory (JPL) in Southern California and will be launched no earlier than December next year. The telescope will be sent into the stratosphere at a height of 1,30,000 feet above Antarctica where it will study a phenomenon that "chokes" galaxies by blocking star formation in them.

High above in the sky, ASTHROS will observe the wavelength of light that belongs to the far-infrared range and is blocked by the Earth's atmosphere. A large mirror has been tied to the telescope that will work as the main-gathering tool for it and will enhance its capability to observe fainter light sources.

“It's difficult to explore feedback all the way from where it originates, at the scale of individual stars, to where it has an effect, on the scale of galaxies. With a large mirror we can connect those two,” said Jorge Pineda, principal investigator for ASTHROS at JPL.

The nickel and gold-coated primary mirror is one of the largest mirrors ever to be sent up using a high-altitude balloon. It features total of nine panels whose bulk is made of lightweight aluminium. It has been given a honeycomb structure to reduce its total mass, and it features a gold and nickel coating to improve its reflectivity at far-infrared wavelengths.

To ensure that the mirror stays in place after being sent up, the ASTHROS team had to make the cradle supporting the mirror strong and lightweight to avoid any deformation. Hence, the team sought help from local companies that produce specialised structures for racing cars and boats.

“I think this is probably the most complex telescope ever built for a high-altitude balloon mission. We had specifications similar to a space telescope but on a tighter budget, schedule, and mass,” said Jose Siles, the ASTHROS project manager at JPL. He added that they combined techniques used in ground-based telescopes and manufacturing techniques used in professional boating.