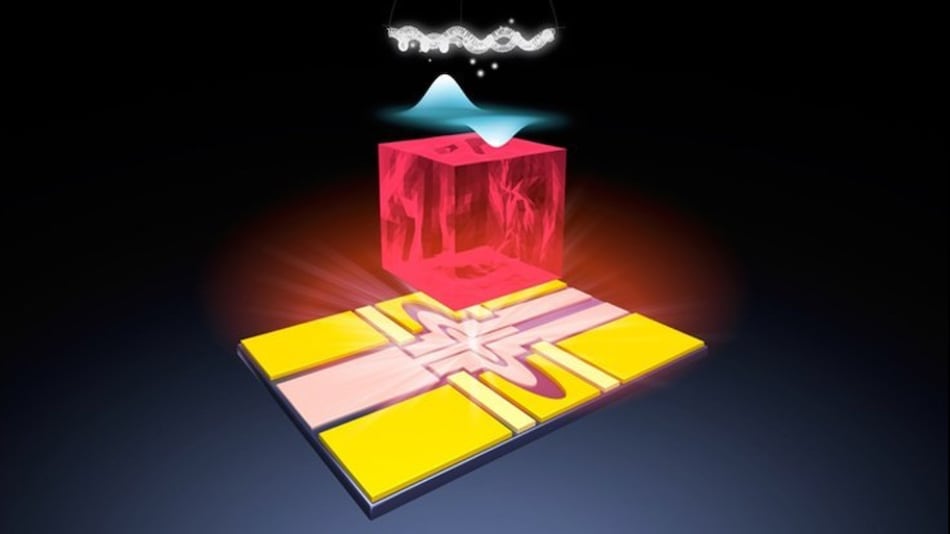 Experiment was done inside a dilution refrigerator at a controlled temperature

A regular computer uses bits as its building blocks. These bits store data in the form of either 1 or 0 at any given time. A quantum computer uses building blocks known as qubits for functioning. These qubits function much like the cat in Schrodinger's cat thought experiment. Just as the cat is dead and alive at the same point in time, a qubit can simultaneously exist in a 0 and 1 state. This is what gives a quantum computer an edge over regular computers.

Qubits can be built in various ways to fulfil the requirements, according to the researchers of the study. However, scientists believe there is an ideal way to make it. The current technique uses a single electron. This is trapped on frozen neon gas and controlled using a superconducting quantum circuit. It may be the qubit that's closest to its ideal form but we have to wait before the ideal qubit becomes a reality.

The latest qubit's ultra-pure neon surface allows the electron to remain stable enough for manipulation. It also facilitates a quick change of the qubit from one state to another. It qualifies as a successful qubit as it is also capable of entanglement (ability to link with other qubits).

A superconductor-based microwave resonator misplaced under the qubit can read the state and measure the performance of the qubit.

Xianjing Zhou from the Argonne National Laboratory said, “With this platform, we achieved, for the first time ever, strong coupling between a single electron in a near-vacuum environment and a single microwave photon in the resonator.” This will allow scientists to use microwave photons to manipulate each qubit.

However, the experiment was done inside a dilution refrigerator at a very controlled temperature. Hence, the qubits aren't yet ready for usage in laptops.

Multinational companies like Google and IBM are trying to push their own qubit models. But the researchers behind this new qubit believe that theirs is the most promising model to date as it is easy to be manufactured at a low cost.

The recent study was published in the journal Nature.