Water On Moon May Have Come From Ancient Volcanic Eruptions: Study

A number of researches have been conducted to understand the source of water on the surface of the moon. 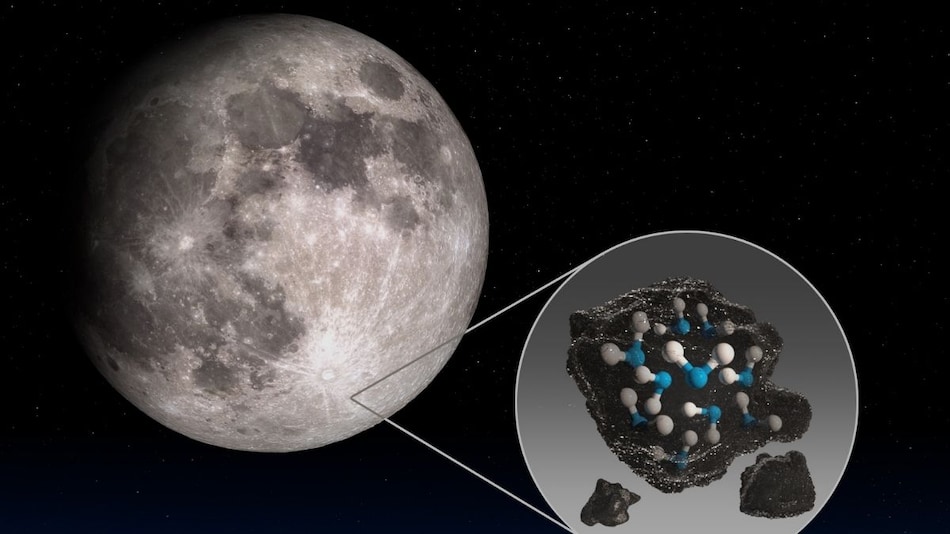 Volcanic activity of the moon could have started as early as 4.2 billion years ago

The volcanic activity of the moon could have started as early as 4.2 billion years ago. It likely lasted until about 1 billion years ago. The dark patches, we see today on the moon's surface, are vast plains of volcanic rock that appeared as a result of this large-scale volcanic activity. Scientists have been trying to understand whether those volcanic eruptions could have thrown out gases that were previously trapped. And whether these gasses could have fallen back on the lunar surface and formed sheets of ice in permanently dark areas, away from the sunlight.

Scientists added that this could be a possibility. "Our model suggests that (around) 41 percent of the total H2O mass erupted over this period could have condensed as ice in the polar regions, with thicknesses up to several hundreds of metres," the researchers wrote in their study published in The Planetary Science Journal.

They said the research suggested the volcanically active period of the Moon would have been short-lived, leading to efficient sequestration of water ice at the poles and availability of water ice and vapour at all latitudes.

Researchers have based their study on the hypothesis that not all water vapours spewed out by the lunar volcanic eruptions were dissipated in the solar wind; some of that could have settled like frost. And thus, water on the moon could have come from this unlikely but possible source.