If Facebook Is the Problem, Is a Social Media Regulator the Fix? Whistleblower Says Yes

Frances Haugen said that if she were made CEO of Facebook, she would immediately establish a policy that would allow it to share internal research with US Congress. 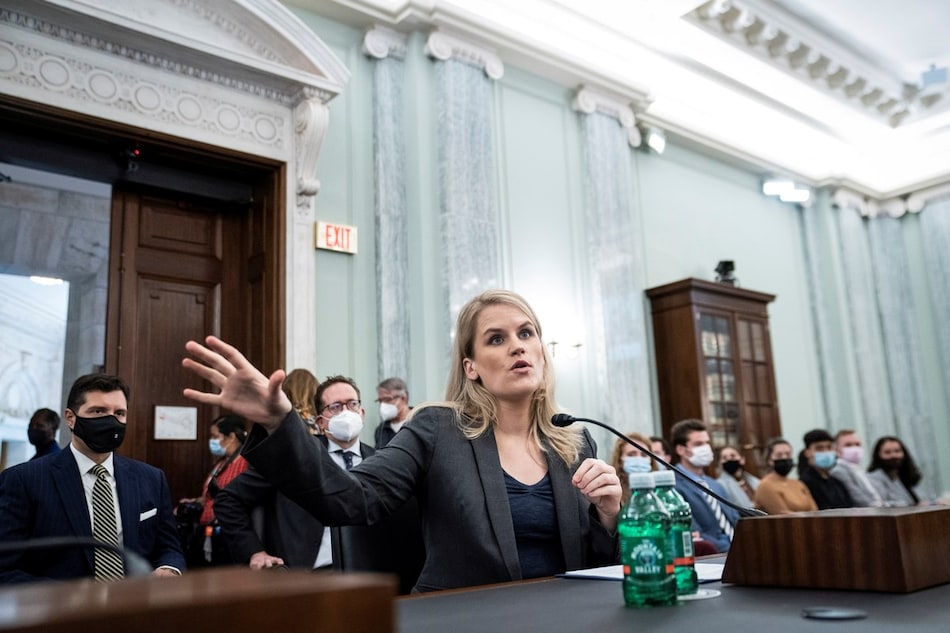 Facebook whistleblower Frances Haugen told Congress on Tuesday that one option for making social media less harmful would be to create a dedicated regulatory agency to oversee companies like Facebook, and could have former tech workers on staff.

"Right now, the only people in the world who are trained to ... understand what's happening inside of Facebook, are people who grew up inside of Facebook or Pinterest or another social media company," she said during a hearing before a Senate Commerce Committee panel.

Haugen, a former product manager at the company, said the profit motive was strong enough that Facebook, which owns Instagram, would not change without pressure. "Until incentives change at Facebook, we should not expect Facebook to change. We need action from Congress," she said.

Haugen also said that if she were made CEO of Facebook, she would immediately establish a policy that would allow it to share internal research with Congress and other oversight bodies, calling for transparency and public scrutiny of Facebook's systems, algorithms and research into the impacts of its sites.

Facebook's Lina Pietsch said the company had itself long called for government oversight. "We have been calling for updated regulations ourselves for two and a half years," she said.

It has previously called for regulation of the internet, including a digital regulator, particularly a reform of Section 230 to give the companies immunity from liability only if they follow best practices.

At the hearing, lawmakers did not push back at Haugen's suggestions for reform but, in many cases, pointed to legislation that would do something similar.

A bipartisan group of senators, including Richard Blumenthal and Marsha Blackburn, introduced a bill in June that would require big internet platforms including Facebook to allow users to view content that has not been decided by an algorithm.

Haugen also encouraged lawmakers to reform Section 230. She urged the law be changed to hold companies accountable for their algorithms, which often decide what social media users see when they sign in.

"They (companies) have 100 percent control over their algorithms and Facebook should not get a free pass on choices it makes to prioritize growth and virality and reactiveness over public safety. They shouldn't get a free pass on that because they're paying for their profits right now with our safety," she said.

Haugen also encouraged raising age limits for users of Facebook's platforms from 13 to 16 or 18, given what she referred to as "problematic use" or addiction on the sites and children's issues with self-regulation.

Under current law, children 12 and under have more protection online than teenagers. There is a bill before Congress to raise the age to 15, among other changes.

Facebook announced in late September, shortly after a report based largely on documents from Haugen that Instagram was harmful to teenagers, that it was pausing its work on a version of Instagram aimed at younger users.