New Emojis for Android and iOS Include Shaking Face, Pushing Hands, More: All You Need to Know

A Shaking Face, two Pushing Hands, and a plain Pink Heart are some of the few emojis that have been approved for rollout this September. 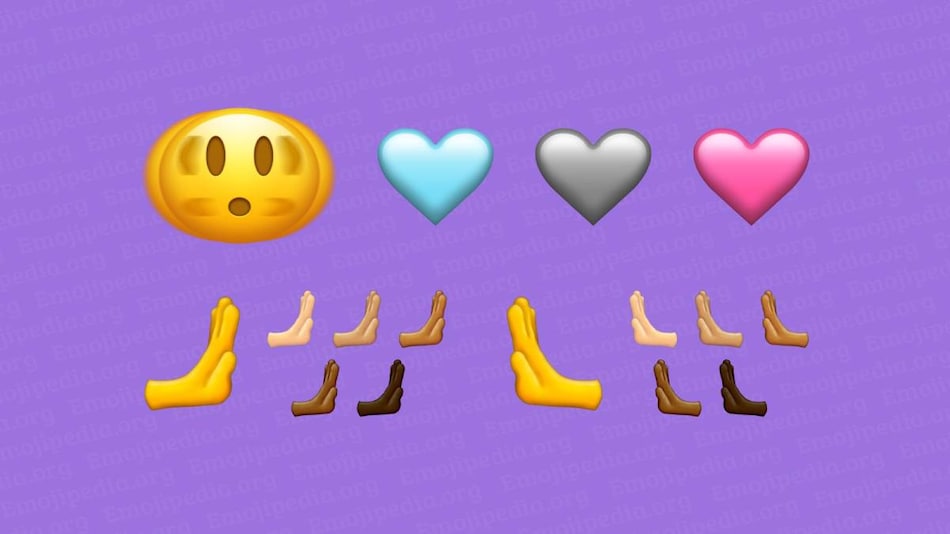 Ahead of World Emoji Day 2022 on Sunday, a preview of emojis has been unveiled that will gradually be available to Android and iOS users. Emojipedia has drafted a list and sample images for Emoji 15.0, which includes 31 emojis for this year and it will likely be rolled out in 2022 and 2023. However, the designs of the emojis will vary as per the platform. A Shaking Face, two Pushing Hands which can be used for a high-five symbol, and a plain Pink Heart are some of the few emojis that have been approved for the rollout this September.

Emojipedia has drafted the sample designs of the upcoming emojis in a blog post under Emoji 15.0 version on the occasion of World Emoji Day on Sunday. Emoji Version 15.0 is the upcoming release, which will provide new emojis alongside Unicode 15.0. These include a shaking face, two pushing hands, a plain pink heart, and more. These few mentioned emojis have been approved for rollout this September, as per Emojipedia. The emojis are said to be rolled out for Android and iOS users gradually.

Other inclusions of Emoji 15.0 include a light blue heart, a grey heart, a hair pick, and more. It also includes a Khanda emoji- the symbol of the Sikh faith. The draft list of the emojis can also change from now and finalisation in September.

Moreover, the Emoji 15.0 samples also include mammals, animals including a donkey, birds including a blackbird, and even a jellyfish emoji.

Emojipedia, however, noted, "In total there are 31 recommended emojis for Emoji 15.0, which is significantly less than the 112 recommendations last year and the 334 in 2020. In fact, it is the smallest number of new emojis that Unicode has ever recommended at any one time.”

This drafted list of Emoji 15.0 is not said to be finalised by the Unicode Consortium until September, but most draft candidates are usually accepted, according to Emojipedia.