As a result of the new move, Vodafone Idea will be able to provide a unified customer experience to both Vodafone and Idea postpaid subscribers through self-service channels. 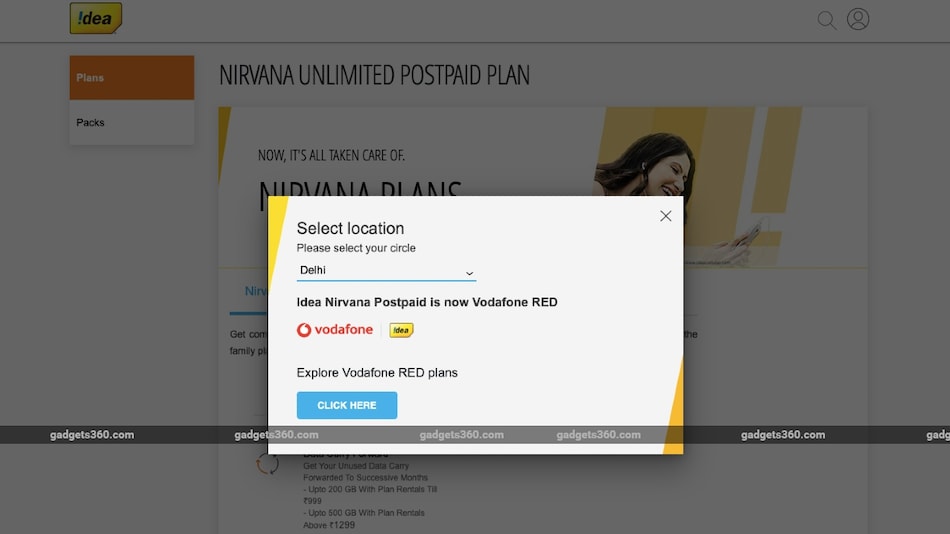 Vodafone Idea on Wednesday announced that it had completed the migration process for all Idea Nirvana postpaid subscribers and brought them under the Vodafone Red brand. The change that was originally announced back in February, is aimed to offer a unified experience to both Vodafone and Idea postpaid subscribers in the country. Vodafone Idea kicked off the migration in Mumbai, though it was rolled out in circles including Gujarat, Bihar, Himachal Pradesh, and Haryana in the first phase in May. It is touted to be one of the biggest and fastest migrations in the telecom space.

As a result of the migration, Vodafone Idea will be able to provide a unified customer experience to both Vodafone and Idea postpaid subscribers through self-service channels. Existing customers on Idea Nirvana postpaid plans will no longer be required to go through a separate onboarding and service process. The telco has, instead, migrated them seamlessly to Vodafone Red plans. They will also be able to avail the Red Family subscription and access to the Vodafone Play service.

Vodafone Idea also highlighted that the transition from Idea Nirvana to Vodafone Red would enable subscribers to receive timely notification and alerts for any over usage. Customer service through Vodafone call centres is also touted to receive some improvements as the call centre agents will be able to receive a 360-degree view on customer information, interactions, and service profiles. This simply means that Vodafone Red customers will be able to get the customer data of all Idea postpaid subscribers through the latest move.

“The consolidation of Vodafone and Idea postpaid customers is a major step towards our vision of one company, one network,” said Vishant Vora, Chief Technology Officer, Vodafone Idea, in a statement. “It enables us to provide enhanced customer experience to our postpaid users.”

Vodafone Idea said that it had already integrated Idea network in 92 percent of the districts it serves, taking the integrated circles to 18. Also, the operator has deployed technologies such as M-MIMO, Hybrid Cloud, and OpenRAN to enhance network capacities and increase 4G coverage.

Vodafone Idea announced the migration process for Idea postpaid subscribers earlier this year, though it was expected since the completion of the merger of Vodafone and Idea Cellular in 2018 that was announced back in March 2017. It came in place across a total of eight circles in May.