Star Wars: The Force Awakens' Second Trailer Lives Up to the Hype 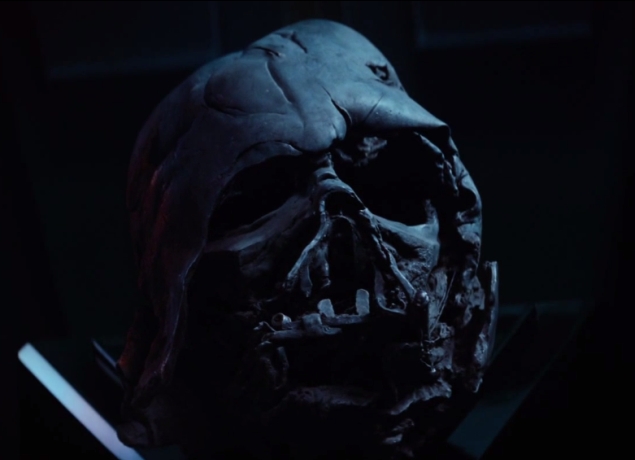 Disney - which acquired Lucasfilm in October 2012 - on Thursday celebrated Star Wars at an event the company is calling the Star Wars Celebration. It's sort of like a Comic Con for just Star Wars related stuff, with exhibits from the movies, panels and fans in costume. The highlight of the event - at least for people watching from across the world - was the release of the second trailer for Star Wars: The Force Awakens, one of the top 10 films we are most excited about for 2015.

It seems like a missed opportunity to hold the Celebration now, just a couple of weeks before May 4 (May the Forth [be with you]), which fans have long celebrated as Star Wars Day, but once we saw the second trailer, we couldn't have cared less. The first trailer, which was released last year, was more of a teaser and showed only brief glimpses of scenes that seemed disconnected. It could have been replaced with a set of cool posters, for the most part.

Not so for the second trailer. It's beautiful, and gave us everything we were really hoping for in the trailer. There's a lot of fresh material here that promises an exciting new saga, but there are plenty of strong callbacks to the original trilogy of films as well, which is great for old fans like us. It's possible that this film will still be terrible - remember that people were hyped up about the Phantom Menace before they saw it in the theatres too - but so far at least, Star Wars: Episode VII - The Force Awakens holds a lot of promise. You can see the full trailer below:

So good, right? The whole trailer is narrated by Luke, who talks about the Force, and his father. The best shot of the whole trailer is probably a look at Darth Vader's battered mask, which somehow looks even more menacing than before.

Right at the start of the Star Wars: The Force Awakens trailer, there's a great shot of a smashed up X-Wing and a Star Destroyer in a desert. Is it Tantooine, the desert planet where Luke Skywalker grew up? There was no fighting there in the original movies, but maybe this is a more recent fight between the remnants of the Empire and the Rebels? Since the expanded universe has been deemed to be not-canon, the New Republic isn't necessarily established, and our heroes might still be fighting to end the Empire.

We do see a lot of stormtroopers and TIE Fighters and X-Wings, so the fight is certainly not finished. There are some cool shots of the new Sith who looks like he's wearing a very cool version of stormtrooper armour. In this trailer, we sadly didn't see more of the three pointed blade Apple's Jony Ive inspired though. Speaking of cool stormtroopers, there's also a stormtrooper in black armour and a cape that Lando Calrissian would envy, walking with a giant rifle in his hands, looking absolutely badass.

Some droids and some dogfights aside, the trailer ends on a high note, with Han Solo and Chewbacca. Harrison Ford looks great, he's looking exactly how an older Han Solo would look, but the weird part was that Chewbacca seems to look exactly like he did in the movies. If we could've gotten an aged-up looking Wookie, that would've been just perfect, but even so, everything we've seen in this trailer so far has us excited.

The film will only release in December this year, so there's a long wait ahead, but luckily, there are still some other great looking films you can watch until then.

Did you watch the second Star Wars: The Force Awakens trailer yet? What was your favourite scene in the trailer? Tell us via the comments.