Microsoft Is Optimistic About Launching an Affordable HoloLens for End Users

Microsoft launched HoloLens 2 as its newest mixed reality headset in February this year. 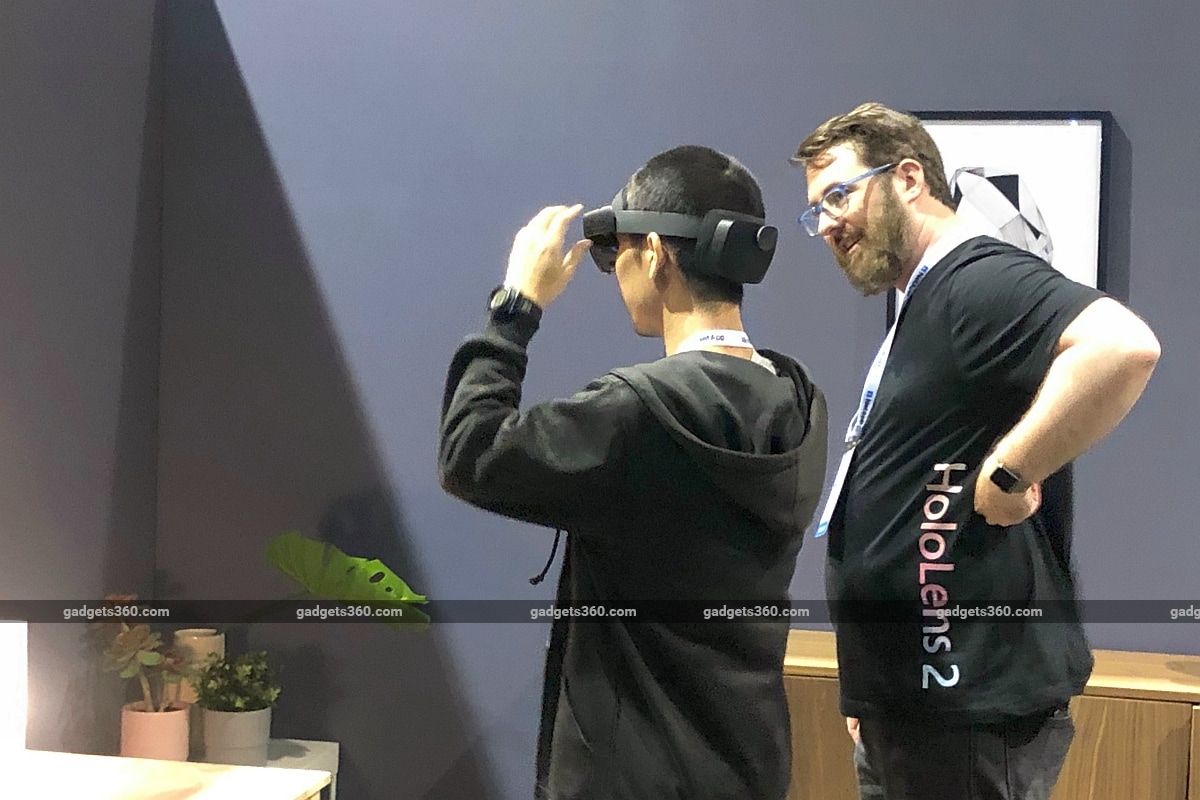 Microsoft has so far positioned its HoloLens mixed reality (MR) headset as an offering for enterprise customers. Now, in an exclusive conversation with Gadgets 360 at the sidelines of Build conference in Seattle, Greg Sullivan, Director of Communications for Mixed Reality at Microsoft, points out that the company will not always be limited to the commercial space and it would target end-consumers via a more affordable HoloLens model.

"We think of this as not like many other technologies that have started first and gained adoption in the commercial space," says Sullivan. "You get economies of scale — you reduce the cost of goods, you gain the ability to be at a consumer price point. The same dynamic is applied here."

The first iteration of HoloLens was launched back in March 2016 with a narrow, roughly 35-degree of a field of view (FoV) and an introductory price tag of $3,000 (roughly Rs. 2,08,800). At the Mobile World Congress (MWC) in February this year, the Redmond company upgraded the experience with the HoloLens 2 that is touted to offer "more than double" the field of view of the original HoloLens. The new model also brings tons of hardware-level changes on to enhance MR experiences that all comes at $3,500 (roughly Rs 2,45,000).

While the HoloLens debuted in 2016, Sullivan reveals that the journey of the MR headset started way before its formal launch — in fact, roughly a decade ago.

"It predated the delivery of the original Kinect for Xbox 360," he underlines. "That was the first instantiation of the long-term vision of [HoloLens chief] Alex Kipman. But what's different about the way he thinks about it is he doesn't think about the version 1, version 2, version 3, or version 4. He's thinking about the long-term plan, which is 'what the world that I want to create and what are the things that I want humans to be able to do.'"

The HoloLens 2 headset that Microsoft launched at MWC 2019 and is showcasing at the ongoing Build conference with an all-new display is aimed to create a "more vibrant and realistic” world than what was possible with its predecessor. Sullivan mentions that the team that has built the display of the new HoloLens model had even invented tools to create the unique display panel.

"There is a brilliant team of engineers that struggled with the problem and they had an epiphany at one point about using the unique combination of a single laser as a photon source alongside rapidly oscillating mechanical mirrors," Sullivan tells Gadgets 360 while demonstrating the HoloLens 2. "The team realised that we can achieve a larger field of view by just having oscillating mirrors spreading photos over a wider range."

The HoloLens 2 headset works similar to other MR solutions, including Magic Leap One that was announced by Florida-based Magic Leap back in November 2014 though debuted in late 2017. However, Sullivan states that the Magic Leap One isn't designed for all industrial environments.

"I don't think we ever sincerely considered that [Magic Leap One] because in our view, we talk about HoloLens is being a fully self-contained, wireless holographic computer," he asserts. "Magic Leap can claim that because you're not connected to PC, but for some industrial environments, for example, there are regulatory restrictions that wouldn't let you use the device because of that wire, because of the safety concerns. In contrast, we can use HoloLens in an environment where that model would not have permitted because of its design."

Similarly, Google Glass is also often informally considered as a reference for HoloLens. Sullivan, however, says that Microsoft was looking for a different approach altogether that wasn't something offered by Google Glass.

"We were trying to solve a different set of problems through a device that can create a much greater level of details through holograms," he says.

Just before kicking off the Build conference, Microsoft late last week announced the HoloLens 2 Development Edition that is specifically made for developers building MR apps. The Development Edition notably has the same $3,500 price tag that's associated with its regular model. Sullivan notes that Microsoft is offering $500 (roughly Rs. 34,800) worth Azure credits, three-month free trials of Unity Pro and Unity PiXYZ plugin, and a financial plan that lets you purchase the device by paying $99 (roughly Rs. 6,900) per month.

"We're not in the position to kind of just give the device away," says Sullivan. "We certainly wanted to do something to kind of limit the friction, so we did include both a financing plan and provide free Azure services to let developers incorporate the cloud easily."

The ultimate aim of developing HoloLens is to offer as MR experiences that look as real as what we see through our naked eyes. However, Sullivan suggests that the team is also working on an eyeglasses-like model that could debut in the future.

"We have people thinking about how do we incrementally get to the next time-slice [version]," highlights Sullivan, "But we also have a set of researchers and really smart, mostly PhD scientists, who're thinking about that [eyeglasses-like HoloLens model] for a longer term."

A patent application that was filed in September last year and published in January this year hints at the development of a Google Glass-like HoloLens version.

"Microsoft is thinking about this world where we can give human beings various types of superpowers," he concludes.

Editor's Note: An earlier version of this article incorrectly mentioned the price of HoloLens 2 as $2,500.

Disclosure: Microsoft sponsored the correspondent's flights and hotel for the conference in Seattle, USA.